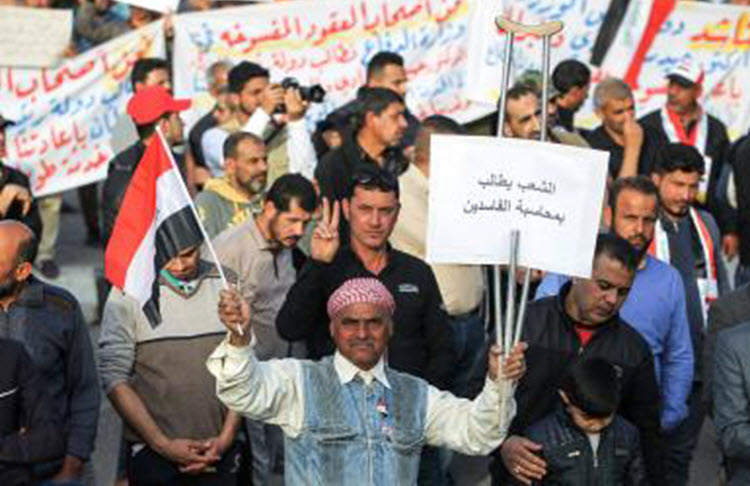 London, 13 Mar – Iran is on bad terms with many of the nations across the Middle East. One could say that the situation is worsening as more and more leaders are being increasingly outspoken about Iran’s belligerence.

As the Iran threat increases, more and more leaders are agreeing on a number of issues and this is making the Iranian regime uneasy.

Ties between Iraq and Saudi Arabia are getting tighter and Iran is worried. The relations between Iran and Saudi Arabia have been tense for decades. The regional rivals are on opposing sides of most of the conflicts in the region and each one is outspoken about the other.

Iran has been trying to maximise its influence in Iraq in recent years, however its newfound points of mutual concern with regards to Iran are undermining efforts.

Relations between the kingdom and Iraq are warming and recently air links between the two countries have resumed. Furthermore, there is the potential of a Saudi consulate being opened in the Iraqi city of Basra. Borders were also reopened last year.

Saudi Arabia has expressed its intentions to aid in the rebuilding of the country and to help in the fight against the Islamic State.

Last month, Adel al-Jubeir, the foreign minister of Saudi Arabia, announced at a conference that the kingdom was promising a loan of around $1 billion USD and an export credit of approximately $500 million USD.

The kingdom has also expressed its intentions to facilitate investments that will strengthen economic ties between the two nations and also help Iraq steer away from the Iranian products that are saturating its market.

The Economist indicated that this will be via several businesses like SABIC, the Saudi petrochemical giant, that will potentially be opening offices in the capital of Iraq.

Iran’s influence is heavily embedded across the whole country, so much so that there are streets in southern areas of the country that are named after leaders of the Iranian Islamic revolution.

Iran is justifiably very concerned that it will be marginalised and pushed aside with these Saudi investments.

Recently, many leaders in Iraq have expressed their concern about Iran’s meddling in the political affairs of the country. Iranian leaders were heard making big claims about the next elections in the country, and quite understandably this has riled many people.

The people of Iran are also concerned about the meddling of the Iranian regime in the affairs of other countries – not just because of the bloodshed that it is responsible for, but also because the Iranians are being neglected. They called on their government to leave other nations and to concentrate on fixing the social and economic issues that are plaguing Iran.

Small protests at the end of last year in Iran turned into widespread anti-government demonstrations and calls for regime change. It is very clear that the Iranian regime will never prioritise its own people over its regional ambitions.

For the sake of the people of Iran and the wider international community, perhaps we should stand behind the calls for regime change.

AP: Buoyed by a legal victory in Britain, an...