Iran Gets Its Hooks Into the Iraqi Army 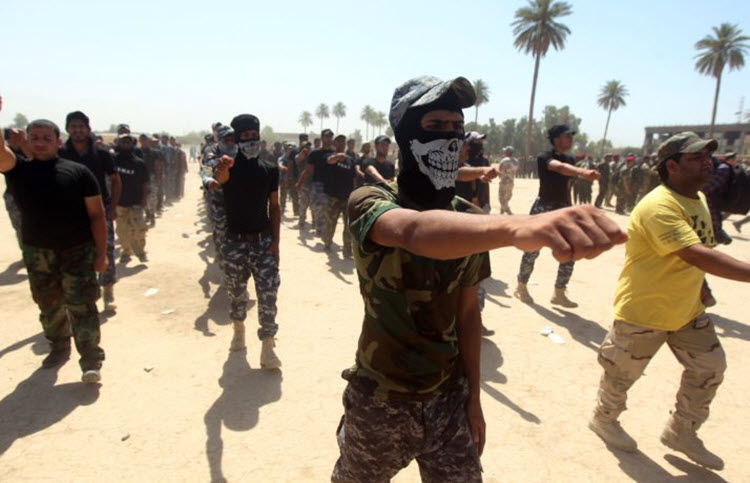 London, 12 Mar – A coalition of Iran-backed Shiite militias officially became part of the Iraqi military on Thursday, which places the US in a difficult position as it tries to prevent Iran from expanding its influence over Iraq.

Iraqi Prime Minister Haider al-Abadi issued the ruling to induct the Popular Mobilization Forces (PMF or Al-Hashd Al-Shaabi) into the Iraqi military and give them ranks and salaries, proportionate to other branches of the armed forces, just one day after receiving Iranian Vice President Eshaq Jahangiri for an official visit.

Abadi’s move was not unexpected and some believe that its part of a larger plan to rein in the PMF.

The PMF was formed with the help of Iran in 2014 under the auspices of helping US-backed Iraqi and Kurdish fighters to defeat the ISIS terrorists. In 2016, Abadi officially recognized the PMF and took them under his command as the threat of ISIS grew.

However, the PMF were used for Iran’s conflicts much more frequently than to fight terrorism and are frequently accused of marginalizing and attacking non-Shiite Muslims regardless of their terrorist connections.

One of the main ways that Iran has used the PMF – alongside using them to fight for Bashar Assad in Syria – is using them to expel the US military from Iraq, even threatening to attack US forces that did not withdraw after Abadi declared ISIS dead last summer.

The spokesperson for Kataib Hezbollah, a group within the PMF that is considered a terrorist organization by the US State Department, said in October 2017 that his forces were “ready to fight more than ever before.”

While the representative for PMF group Harakat Hezbollah al-Nujaba, another group that took their name from the terrorist Hezbollah, accused the US of trying to prevent the establishment of “any democratic system of government” in Iraq because the US considered Iraq a threat to American foreign policy.

Iran has long sought to remove the US from the Middle East, mainly because they see US troops as a barrier to Iranian dominance in the region. After all, the US will advise against allowing the Iranian Regime to enter your country in the first place, whilst also having the military might take on Iran, in ways that many Middle Eastern countries cannot.

At the same time, the US is trying to counter Iranian influence in the Middle East, with Secretary of State Rex Tillerson telling the Iran-backed militias to disband last November.

Reuters: Iran is unlikely to choke off oil supply...