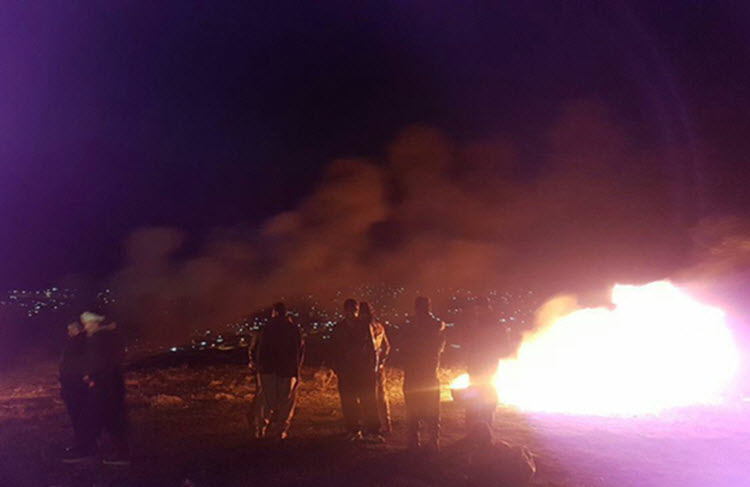 London, 13 Mar – The fire festival of Chaharshanbe Suri is a celebration that takes place every year just before Iranian New Year, or Nowruz. Its origins are pre-Islamic and it is a tradition that Iranian government has tried to stop the people from celebrating.

Iranian people jump over fires which symbolises purification. The tradition is to prepare the people for the new year.

Activists in Iran have chosen to hold anti-government demonstrations on the same day.

At the end of December last year and the beginning of January this year, millions of Iranians took to the streets to protest against the government corruption that is having profound consequences on the country’s economy and social conditions.

Iranian government, unsurprisingly, supressed the people and used violence to extinguish the protests. This is the regime’s way of dealing with any form of dissent or public gatherings that threaten the regime.

Peaceful and unarmed protesters were arrested, imprisoned and even killed. It has been reported that dozens of people were killed by security forces and around eight thousand people were arrested.

The people, already angry, are having their anger fuelled by the continuing abuses of Iranian government. Every time the news of another death at the hands of the regime is heard, the people become more determined in their quest for regime change.

Iranian government knows that the people of Iran present a great threat to its rule. The people, of which a large portion are young, are demanding the rights that they should automatically be entitled to – human rights, freedom, democracy, and so on. The people are forward thinking and are fed up of seeing their country’s name be sullied by Iranian government through its interference abroad and its support of terrorist groups and militias across the whole region.

The People’s Mojahedin Organization of Iran (PMOI), the leading opposition group, is hoping to see more protests on the occasion of Chaharshanbe Suri when typically large numbers gather in the streets – in part as a way to defy the regime’s efforts to avoid crowds forming.

Iranian government is aware that Chaharshanbe Suri could be the start of a new wave of protests and it has already started to deploy Islamic Revolutionary Guard Corps (IRGC) militias in all of the main districts across the country. However, it remains to be seen whether this will be enough to contain the discontent in society. The discontent that has been simmering since the last wave of protests – protests so widespread that it was impossible for the regime to control them all.

The suppressive security forces will be spread thin. Thinner than they already are. It may be this next wave of protests that tips the regime over the edge. It is what the people of Iran, and many more from around the world, sincerely hope.

For almost four decades, the people of Iran have been deprived of the most basic of rights and freedoms and they know that nothing is ever going to change unless the regime is overthrown.

Iran’s Nuclear Bomb May Once Again Be in the Pipeline