The United States’ Window of Opportunity to Further Weaken Iran 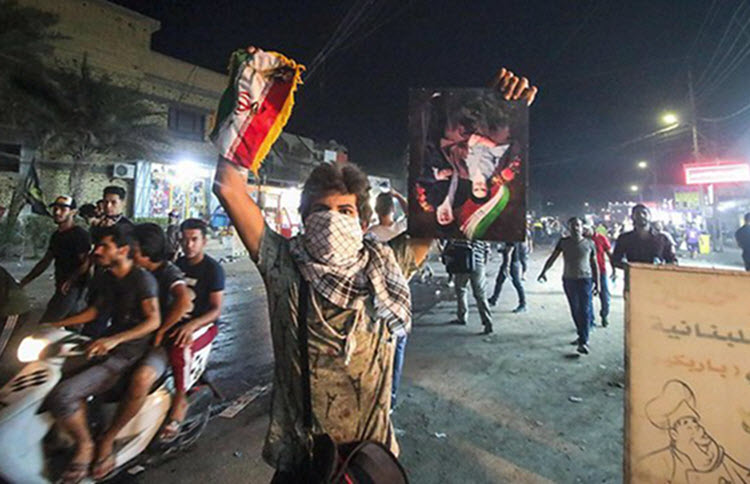 London, 11 Sep – Iran’s meddling in Iraq is making the Iraqi people extremely angry. The people have been protesting against Iran’s interference for months and it was reported last week that Iraqi protesters had set the Iranian consulate in Basra on fire.

The protesters in the Shia Muslim-majority city called on their government to get rid of the Iranian influence from their government and they made their anger heard loud and clear. They are angry about the lack of safe drinking water, the lack of jobs and the lack of electricity, amongst other things. Tens of thousands of people in the city have been hospitalised after drinking contaminated water.

The Iraqi protesters called the government out for its corruption and indicated that the current unrest across the city and further across the country is because of the political leaders who have allowed the oil-rich region’s infrastructure all but collapse.

The water problems in Iraq are a result of the government’s negligence, corruption and its willingness to let Iran interfere. It has neglected the city’s water infrastructure and failed to carry out essential maintenance. Furthermore, it has permitted Iran to build dams on the city’s main water source – the Tigris River. Shockingly, water has been directed away from locals.

In the days before and after the fire at the Iranian consulate there were violent protests and scores of demonstrators were killed and even more injured. Prime Minister Haider al Abadi visited the city to calm the situation, but it is clear that his hold on power is wavering.

Last month, reports indicated that Iran had moved some of its missiles to Iraq where it also plans to manufacture weapons. It has sparked concern that the Iranian regime is going to use Iraq as a base for attacking enemies in the region – in particular Israel and Saudi Arabia.

The people of Iraq are also quite rightly concerned that their country is being used in such a way.

The political situation in Iraq is delicate and Moqtada Sadr, leader of the Sadrist Movement and one of the most influential politicians in the country, is aware of the way the Iraqi people are feeling. On one hand, he is keen to alleviate the concerns of his people by opposing the presence of Iran, but on the other hand he is fearful of the Iranian regime. (He is concerned that he will become a target of the Iranian regime like his father, Shiite scholar Mohammad Sadeq al-Sadr, who was assassinated.)

A large number of Iraqis are fearful of Iran too but their anger is taking the forefront. There is also great hope for the people of Iran now that the United States is taking decisive action against the regime’s belligerence. The Iraqi people are also able to empathise with the people of Iran who are also fed up with the Iranian regime. They too have been protesting against water problems and the regime’s meddling in other nations.

Even if the U.S. intervenes in the situation and help fix the water issues, Iran will do everything that it can to make it difficult. The solution, not just in Iran and in Iraq but across the whole region, is to weaken Iran even more. The opportunity has opened for helping the Iraqis to get rid of Iran.

AFP: Iran and the West remain at odds over...