How Iran Prevents the Formation of Governments 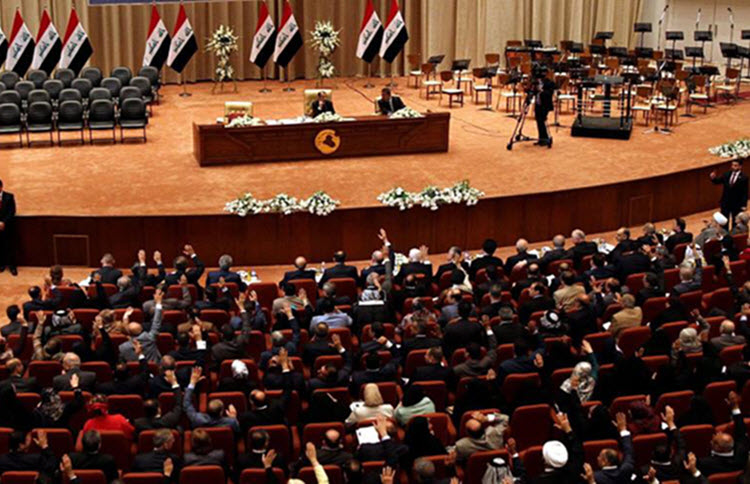 London, 16 Nov – Iran has recently created a fourth crisis that has prevented the forming of a government in Iraq, with a row breaking out over the two men appointed to the interior and defence ministries.

The nomination for the interior minister is Falih Alfayyadh, a member of the Iran-backed Popular Mobilization Forces, who was previously ousted by Prime Minister Abadi, because of his loyalty to Iran. Muqtada al-Sadr has officially objected to this appointment for this reason, but it is believe he will eventually approve his nomination based on previous evidence.

The defence minister should not be that important to Iran, since the prime minister is the commander-in-chief, but the Iranian government are saying that the formation of the Iraqi government would not be complete, unless it was formed according to the conditions of the Popular Mobilization Forces.

Their first three crises were as follows:

1) Replacing Abadi, who would have abided by US sanctions on Iran, with Adel Abdul Mahdi, a supposed independent, who has declared that he will not.

2) Supporting Barham Salih from the Talbani party for President over Barzani’s candidate, after Salih pledged to nominate Abdul Mahdi.

3) Helping a member of the Popular Mobilization Forces, who had previously run for election with Iran’s backing to become parliamentary speaker
Other theatres of disruption.

It is not just Iraq, in which Iran has chosen to disrupt the formation of a government, but Lebanon too. In the six months since Saad Hariri was appointed as prime minister-designate, he has been unable to form a cabinet because of two disruptions by Iran by way of their proxy-Hezbollah; an interference that Hariri strictly rejected.

Essentially, Hezbollah wants the West to believe that Iran has the upper hand in Lebanon in order to lessen the sanctions against the Regime.

Whilst in Syria, Iran also wants to be seen as the decision maker; able to keep the war going until they have the outcome that they want: Bashar al-Assad still as President with Iran having proxy control.

In Yemen, there are renewed calls for peace negotiations, but the Iran-backed Houthis will not respond unless Iran sees some benefit in it.

And finally, in Gaza, where Iran supports Hamas and the Islamic Jihad; tensions recently soothed for the fifth time by the Egyptians could well spring up again the next time Iran requires it.

Radwan al Sayed, former editor-in-chief of the quarterly al-Ijtihad magazine, wrote: “The US administration was not exaggerating when it considered Iran as the top terror sponsor in the world.”

Japan’s Iranian crude imports jump in June from May