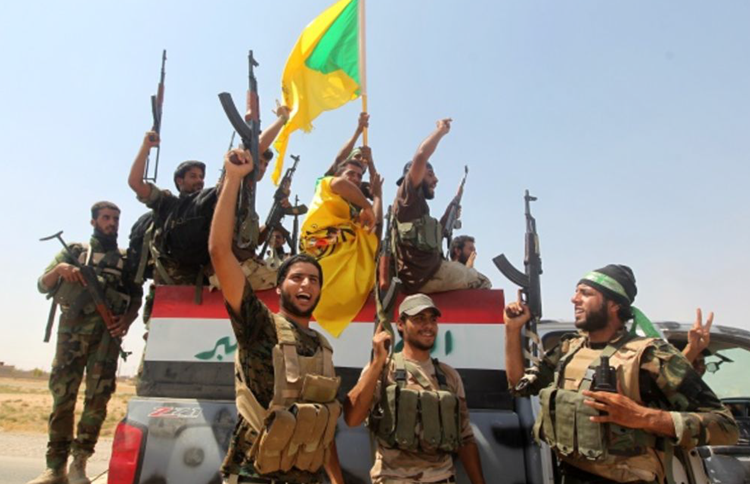 London, 05 Jul – Recent US sanctions on the South Wealth Resources Company (SWRC) in Iraq have revealed how Iranian-backed militias are still managing to legally receive weapons despite sanctions.

The SWRC, sanctioned for smuggling hundreds of millions of dollars worth of weaponry to Iranian Revolutionary Guards Corps (IRGC)-linked militias in Iraq, is only one of the hundreds of Iraq-based companies circumventing US sanctions.

These companies follow all legal procedures in order to set up and run a business, according to a source that specializes in the affairs of Iraqi extremist groups and Islamic factions, and are able to operate due to collusion between Iraqi politicians, security apparatuses, political parties, and the Central Bank. The Iraqi state institutions are being pressured by Abu Mahdi al-Mohandes, the commander of the Iranian-backed Popular Mobilization Units (PMUs) militias.

Many of these companies are the same ones sanctioned by the US but are legally different because they register with a different name. For example, the Al-Bilad Islamic Bank for Investment and Finance and its director Aras Habib Karim was able to evade sanctions by changing its name to Ataa and appointing a new board of directors. In other cases, the Iraqi courts allowed the new companies to operate because they did not have bilateral agreements with the US regarding economic sanctions on Iran.

There are four men who play a major role in this arms trafficking:

• Shibl al-Zaidi, the secretary general of the Iraqi Imam Ali Brigade, who smuggles weapons under the cover of furniture firms and chicken eggs imports

• Sheikh Hussein al-Safi, an Iraqi who works for Qassem Soleimani, the commander of the IRGC – Quds Force

• Mohammed Jaber Abu Jaafar, a Syrian who invests in the arms trade using the money of Syrian President Bashar al-Assad

Between them, these four men manage funds worth eight to nine billion dollars that are used in the arms trade between Iraq, Iran, Syria and Lebanon. Roughly three billion dollars of weapons were smuggled to Iraqi militias between March 2015 and August 2017.

The smugglers use the Shalamcheh, Khanaqin, and Zurbatiyah border crossings to avoid inspection because of the IRGC’s relationship with a strong Sunni tribe and a local Shiite group in East Iraq.

Matthew Zweig, a senior fellow at the Foundation in Defence of Democracies (FDD), said that the US has not yet determined the precautionary measures they will take to prevent Iran from money laundering, which suggests that the US does not want to “implicitly” isolate Iran from the global financial system.

He said: “The administration may have decided to initially prioritize expanding both the scope of the sanctions and the number of designated entities over revising this rule given the amount of time and effort that would have to go into updating it.

Taking actions such as revising the 311 Draft Rule, updating the evidentiary basis, and promulgating a Final Rule should now be easier due to the amount of work that the administration has now completed in terms of both designation packages and administrative guidance with respect to Iran.”

AFP: Iran averted a showdown over its nuclear programme...

AP: In his most detailed plea to date for...