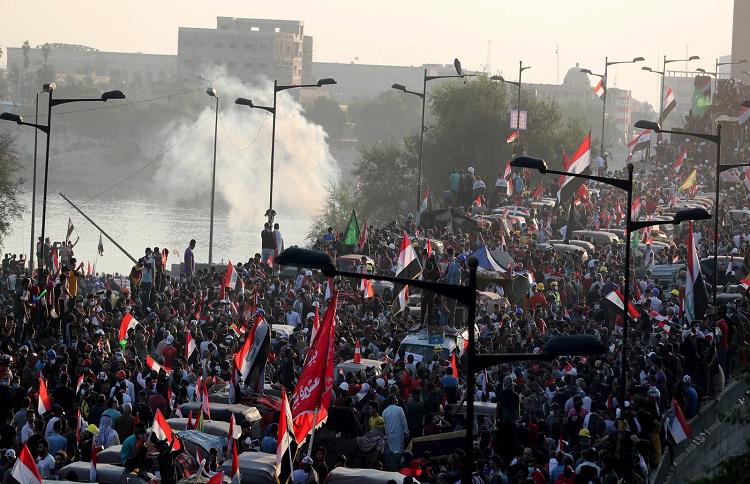 The cities of Baghdad and Karbala have witnessed widespread mass demonstrations against a resolution by the Iraqi parliament that requires the government to work to end the presence of foreign troops in the country. Demonstrators rejected Iraq’s entry into a proxy war.

Demonstrators in Karbala carried placards saying, “Parliament does not represent me”. Ms. Hana Kamel, a demonstration participant, said: “Following recent parliamentary decisions, demonstrators do not support the constitutionality of the parliament and the decisions made by it.”

“The Iraqi parliament does not represent us,” she added adding that they want to dissolve it.

A demonstrator, Mohammad Ali, said: “Recent parliamentary decisions are not in the interest of the Iraqi people, and there will be serious chaos in the country.” He stressed that parliament does not represent the people and that its decisions must be reformed.

In a statement issued last week, the demonstrators called on the “children of this homeland” to stand up for those trying to bring Iraq into “stupid adventures.” They also pointed out that these adventures bring Iraq back to the Middle Ages.

The above statement gave the President a maximum of three days to designate the interim Prime Minister on the basis of the conditions specified in the demonstrators’ statement, whose task was to create a suitable environment for early and clean elections under the UN control in less than six months.

The demonstrators believe that the current parliament is illegitimate because of the massive boycott campaign surrounding the 2018 election and that it should take no action and take any decision against the interests of Iraq and its oppressed people until it is fully legitimized.

They warned the authorities that any delay in these demands would make the revolution “more vigorous and powerful” across the country, especially as there was a huge and devastating threat to the country, under the malicious supervision of a saboteur who wanted to drag the country into the abyss.