AFP: The United States should use covert action against Iran or even “kill” some of its top officials in retaliation for an alleged plot to kill Saudi Arabia’s US envoy, lawmakers heard Wednesday. 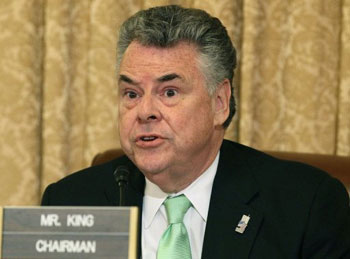 WASHINGTON, October 26, 2011 (AFP) – The United States should use covert action against Iran or even “kill” some of its top officials in retaliation for an alleged plot to kill Saudi Arabia’s US envoy, lawmakers heard Wednesday.

“I’m saying we put our hand around their throat right now in every interest they have,” retired US Army general Jack Keane told a hearing of the House of Representatives’ Homeland Security Committee.

Former CIA agent Reuel Marc Gerecht, now with the Foundation for Defense of Democracies think-tank, said “I don’t think that you are going to really intimidate these people, get their attention, unless you shoot somebody.”

Keane pointed to US allegations that the elite Quds Force of Iran’s Revolutionary Guards took part in the apparent plot to kill Saudi Ambassador Adel al-Jubeir in Washington and pushed for assassinating their top commanders.

“Why are we permitting the Quds Force leaders who have been organizing this killing of us for 30 years to go around still walking around? Why don’t we kill them? We kill other people who are running terrorist organizations against the United States,” he said.

The retired general said Washington should carry out “limited cyber-attacks” against “selected military and economic interests inside of Iran,” seize its assets, look into “denying their ships entry to ports around the world,” work to isolate Tehran’s central bank, and support Iranian dissident movements.

“And let’s not wring our hands. If the international community doesn’t want to step up to it, we go without them,” said Keane.

But House Homeland Security Committee Chairman Peter King, a Republican, denounced the alleged plot as “an act of war” and declared “nothing should be taken off the table” — leaving open the possibility of military action.

Lawrence Korb, a former aide to Republican president Ronald Reagan now with the White House-aligned Center for American Progress think-tank, warned against an “overreaction” and said the alleged plot was a sign of weakness.

“If you take a look at the way this was done, the very fact that they would allow that to happen shows that the country is in disarray and they’re becoming desperate,” he said.

Democratic Representative Bennie Thompson warned against threats that “may be premature and could inflame an already-fragile climate.”

And Representative Jackie Speier, a top Democrat on the committee, pleaded for “sober, reasoned discussion” of Iran, “not the inflammatory soundbites that have been characteristic of the debate up until now.”

Iran MPs call for review of ties with Canada