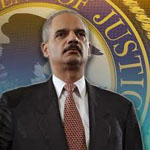 The “highly-respected and experienced prosecutors will be directing separate investigations currently being conducted by the FBI,” Holder said in a statement Friday.

“I have notified members of Congress and plan to provide more information, as appropriate, to members of the Judiciary and Intelligence Committees,” Holder said.

“The unauthorized disclosure of classified information can compromise the security of this country and all Americans, and it will not be tolerated,” he added.

The prosecutors were identified as US Attorneys Ronald Machen of the District of Columbia and Rod Rosenstein of Maryland. Holder expressed confidence in their ability to “doggedly follow the facts and the evidence in the pursuit of justice wherever it leads.”

The announcement followed several explosive stories in US media: describing President Barack Obama’s alleged push for cyber attacks on computers that run Iran’s nuclear facilities; an apparent “kill list” of counterterrorism targets against whom Obama has authorized lethal action; and a secret drone campaign against terrorists in Yemen.

The New York Times reported that sources for their articles on the covert programs included former or current administration officials.

Some Republicans have suggested the information was leaked to boost Obama’s image as a tough commander-in-chief in an election year.

Senator John McCain, who lost the 2008 presidential race to Obama, has been leading the accusations. He received backing Thursday from Peter King, chairman of the House Homeland Security Committee.

“It has to be for reelection,” King told Politico about the leaks. “They can deny it all they want. But it would require a suspension of belief to believe it’s not being done for political purposes.”

“The notion that my White House would purposely release classified national security information is offensive,” Obama said. “It’s wrong. And, you know, people I think need to have a better sense of how I approach this office and how the people around me here approach this office.”

“We’re dealing with issues that can touch on the safety and security of the American people, our families, or our military personnel, or our allies. And so we don’t play with that,” Obama said.

“Whether or not the information they received is true, the writers of these articles have all stated unequivocally they didn’t come from this White House, and that’s not how we operate,” the president said.

The chair of the Senate Select Committee on Intelligence, Senator Dianne Feinstein, has called on Congress to swiftly enact legislation tightening rules to prevent unauthorized breaches, and welcomed an investigation launched by the FBI.

But she has held back on calling for a special prosecutor to look into the leaks, a move the White House has said Obama will not agree to.

Obama’s Republican White House rival, Mitt Romney, believes the president should take greater charge in order to stop the leaks in their tracks.

“Leadership starts at the top. It’s his sincere hope that the president is using all means at his disposal to put an end to this harmful practice,” Romney campaign spokeswoman Amanda Henneberg told AFP on Thursday.

Iraq Winners Allied With Iran Are the Opposite of U.S. Vision

Washington Post: When the Bush administration decided to invade...