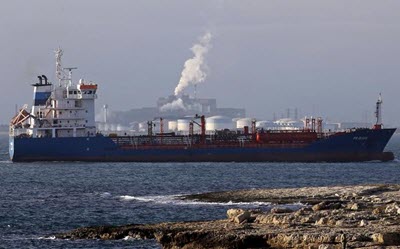 Tokyo, 23 Mar – Ship insurers have stepped in to help plug a shortfall in cover for transporting Iranian oil resulting from the fact that U.S. reinsurers are still restrained by Washington’s sanctions, according to officials involved in the initiative, Reuters reported on Tuesday.

International oil and shipping companies have been eager to boost business with Iran since international sanctions related to its nuclear program were lifted in January, but securing proper insurance cover has been among the stumbling blocks in recent weeks.

The insurers’ move will benefit Iran as it seeks to further ramp up production and exports. An Iranian official said on Tuesday that exports had risen by 900,000 barrels per day to 2.2 million bpd in the past two months.

That creates a need for cover that U.S.-domiciled reinsurers cannot fill as they remain barred from trading with Iran under separate U.S. financial sanctions that remain in place, Reuters said.

The gap in third-party liability insurance and pollution cover for vessels has been addressed through this week’s initiative by the International Group of Protection and Indemnity (P&I) clubs, which brings together leading marine insurers owned by shipping clients and reinsured internationally.

The International Group has created a “fall-back” of $500 million additional coverage per ship for Iranian oil at no extra cost to the members, the Japan P&I Club said on Tuesday. This raises the default insurance coverage for tankers carrying Iranian oil to $580 million per ship from $80 million.

Mike Salthouse, deputy global director with the North of England P&I Association, told Reuters: “We have produced a sticking plaster to tide us over.”

Nonetheless, the wider financing problems faced by Iran – as international banks still remain wary of dealing with it – are still expected to have an impact.

“For even a routine claim, I expect it to be quite difficult to process the payment for Iran,” Salthouse said.

“Because sanctions are enforced so robustly, everyone is acutely aware of their obligations and there is a huge amount of caution in dealing with anything Iranian.”

Although $580 million coverage is still less than 10 percent of the normal liability coverage of $7.8 billion per ship, Asian shippers such as China, India and South Korea, and some shippers in Europe, may find that enough to transport Iranian oil, an official with Japan P&I Club said.

Japanese shippers, however, are more risk-averse and may continue to use the government’s special sovereign shipping insurance to import Iranian oil until normal P&I coverage becomes available again, industry officials have said.

Tokyo stepped in to help its oil importers after Western sanctions imposed over Tehran’s disputed nuclear program curbed the ability of private insurers to provide tanker cover, the report added.