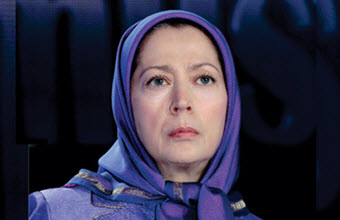 London, 23 Mar – Iranian opposition leader Maryam Rajavi has “strongly condemned” the deadly spate of bombings on Tuesday in Brussels, describing them as a “crime against humanity”.

A statement released by the National Council of Resistance of Iran (NCRI) on Tuesday said: “Mrs. Maryam Rajavi, President-elect of the Iranian Resistance, strongly condemned the terrorist attacks at Brussels’ airport and subway station as a crime against humanity. While offering her condolences to the Belgian people and government, she expressed her sincere sympathies to the families of the victims of this terrorist crime and wished for the recovery of the injured.”

Belgium pressed a huge manhunt Wednesday after Islamic State (ISIS) bombers attacked Brussels airport and a metro train, killing around 35 people and wounding hundreds as so-called ‘jihadists’ once again struck at the heart of Europe.

The NCRI statement added: “The Iranian people who have been under the ominous rule of the religious and terrorist fascism of the mullahs, as the Godfather of Daesh [ISIS or ISIL], for the past 37 years are quite familiar with these atrocities and understand the feeling of the peoples of Belgium and Europe at these difficult moments”.

Fundamentalism and terrorism under the banner of Islam became a global and regional threat only after the advent of the “religious dictatorship” in Iran, the NCRI said, adding that the “existence of the terrorist groups under the Shia or Sunni banner is directly or indirectly tied to this regime”.

“As the Iranian Resistance has repeatedly warned in the past three decades, the uprooting of this ominous phenomenon would only be possible with the overthrow of this regime and the establishment of democracy in Iran”.