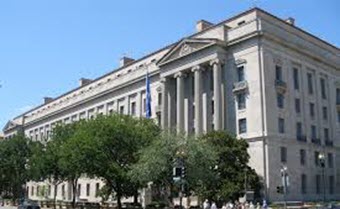 London, 6 Apr – It emerged on Monday that a man from Singapore has been extradited to the United States to face charges relating to exporting explosives to Iran. Lim Yong Nam, 42, also known as Steven Lim, has been detained in Indonesia for over a year and is now facing trial in the District of Columbia for his part in a conspiracy that allegedly caused thousands of radio frequency modules to be illegally exported from the US to Iran; 16 of which were then found in improvised explosive devices in Iraq.

Lim and several other defendants reportedly exported the radio modules during 2007 and 2008, they were purchased from an unnamed Minnesota company. The stated destination was Singapore however in reality prosecutors say Iran was the final destination. Lim has told American officials that he was unaware of any restrictions on exporting US goods to Iran, despite him contacting a co-defendant numerous times to discuss prohibitions and prosecutions that may arise from the exports.

“The indictment alleges that Lim conspired to defraud the United States and defeat our export controls by sending U.S.-origin components to Iran instead of their stated final destination of Singapore”, said Assistant Attorney General John P. Carlin. “Several of those components ultimately ended up in unexploded improvised devices in Iraq. This case, including the successful extradition of Lim, demonstrates our efforts to vigorously pursue and bring to justice those who threaten our national security”.

The modules in question have commercial applications; they can be used to create wireless local area networks (LAN) to connect office networks. The devices are encrypted and can transmit data up to 40 miles (64km) when using a high-gain antenna. Ultimately they were misused to develop IEDs during the Iraq conflict. IEDs were considered number one threat to American and NATO troops during the Iraq war, accounting for 60% of casualties between 2001 and 2007.

““The illegal export of restricted U.S. technology is extremely harmful to our national security. In this case the technology had lethal applications and was used in improvised explosive devices in Iraq which endangered U.S. and coalition forces”, said Executive Assistant Director Michael Steinbach of the FBI’s National Security Branch. (DoJ)

Court records show that Lim is entering a not guilty plea, he was held without bond after his first court appearance.

The Independent: Condoleezza Rice sought to keep the pressure...