The Guardian Continues to Demonise the Mujahedin-E Khalq Who Seeking Freedom, Democracy and Human Rights in Iran – Opinion 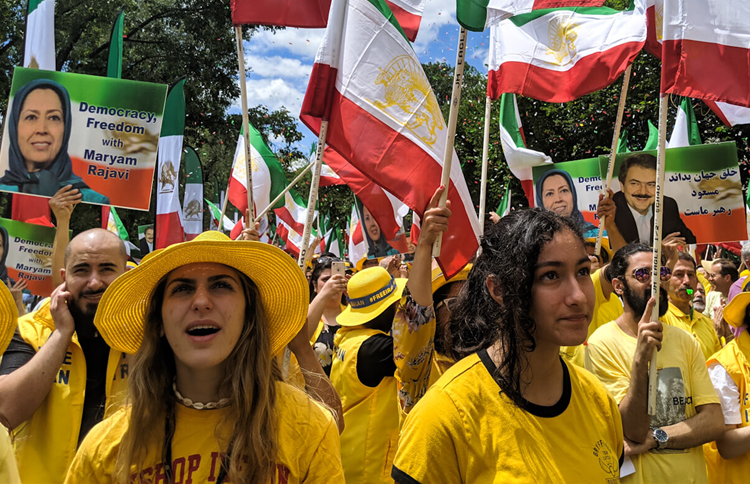 Struan Stevenson, Coordinator of the Campaign for Iran Change (CiC) and former member of the European Parliament penned an op-ed in which he highlighted the shameful misinformation that has resulted from the Guardian’s shameful defence of the Iranian regime.

He highlighted that just days before the Iranian regime’s act of piracy in the Strait of Hormuz in which it illegally seized the Stena Impero, the Guardian had published a piece about the 5-day event at Ashraf 3 in Albania, organised by the MEK. Stevenson pointed out that the article was full of errors, untruths and inaccuracies.

Earlier this month, the MEK held a major event in Albania. Hundreds of political leaders and dignitaries from around the world came to lend their support. British Conservative MP Matthew Offord, Labour politician Sir Alan Meale, former Democratic senator and vice-presidential candidate Joe Lieberman and President Trump’s personal attorney Rudy Giuliani were some of the many speakers that voiced their contempt towards the regime and their support for the people of Iran and the MEK that is working hard to give the people what they deserve.

Shaun Walker in the Guardian article claimed that Ashraf 3 is a secretive site that is home to a cult, yet many of the personalities at the gathering dispelled this myth, in particular Ingrid Betancourt, former Colombian presidential candidate.

Stevenson highlighted another incident in which the Guardian showed its bias towards the mullahs regime. Last November, it published a 3 page feature “displaying naked animosity towards the MEK”, part of which was written by pro-regime Arron Reza Merat. Stevenson’s letter of objection, as well as that of numerous others including from British lawmakers, was ignored.

The MEK has made so many sacrifices over the years. Tens upon thousands of its members have been killed by the cruel and criminal clerical regime ruling Iran, and yet they still continue to fight for freedom, democracy and human rights despite the personal risk it presents to them. As Stevenson said, these people should be supported and recognised, not slammed for the tireless and selfless efforts they make.

But what is more baffling is that the Iranian regime that has spread terror across the Middle East, that has provoked huge crises in the region including the humanitarian crisis in Yemen, planned terrorist attacks across the world – including many in Europe last year alone, terrorised its own people and denied them of the most basic of human rights, is being pandered to in a well-respected publication like the Guardian.

The regime has shot down an American drone. It has got its proxies in Yemen to fire missiles into Saudi Arabia. It has just seized a British vessel. It is still holding a British-Iranian charity worker in jail on false charges. The Iranian people and the Resistance condemn this.