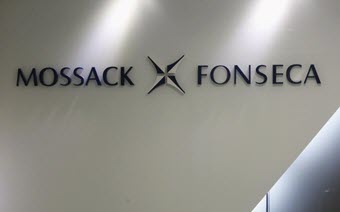 London, 11 Apr – Mossack Fonseca, the law firm at the centre of the Panama Papers leak, has been found to have acted for companies with ties to the Iranian government during the recent near-decade period of sanctions.

Mossack Fonseca first realised it was working with the Iranian government in 2010 through Petropars Ltd. That company was dissolved and inactive as of 2011, however another company, Petrocom, remains active and shares the same London account and Tehran address; Sepahbod Gharani Avenue.

Jürgen Mossack, a managing partner at the firm, sent an angry email complaining about the lack of checks according to the documents.

““Everybody knows that there are United Nations sanctions against Iran, and we certainly want no business with regimes and individuals from such places! Not because of OFAC [the Office of Foreign Assets Control, the US Treasury department that deals with sanctions] but out of principle.” – Jürgen Mossack, managing partner at Mossack Fonseca (The Guardian)

Working with companies blacklisted by the Office of Foreign Assets Control, a department in the United States Treasury, was no barrier to receiving a certificate of good standing from the deputy governor of the British Virgin Islands.

In 2013 when the US imposed further sanctions for companies that traded in the Iranian rial Petrocom’s parent company OIIC was included. The Treasury Department describing it as a front and network of 37 front companies managing the Iranian government and theocratic leadership’s commercial holdings. OIIC is said to act as a front for Eiko which stands for The Execution of Imam Khomeini’s Order. These dealings exemplify by the complexity of hiding billions overseas.

By Jubin Katiraie The selling of babies in Iran is...