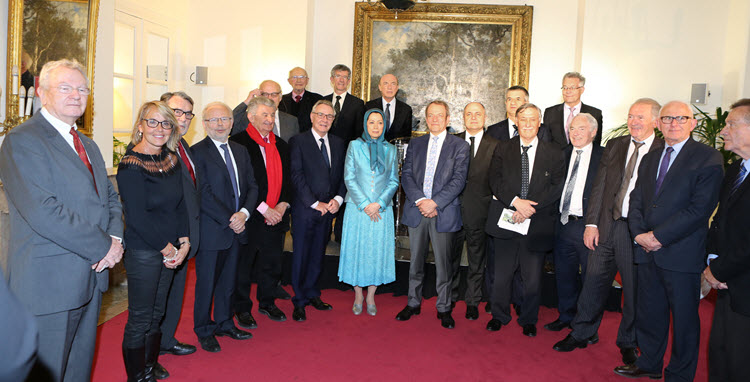 Addressing an event celebrating Nowruz, the Persian New Year, in the French National Assembly in Paris on Tuesday, 5 April, Rajavi wished the peoples of Iran and France a year of progress and advancements before setting out recommendations in the New Year for the Parliamentary Committee for a Democratic Iran.

Rajavi told those assembled that Nowruz was the most important feast of Iranian people for thousands of years, its literal meaning is the renewing of nature and time. She tied this to the struggle for change occurring within Iran against fundamentalists in places of power.

“This has been the Iranian people’s consistent desire over the past year demonstrated in 6500 acts of protests”, Rajavi said.

Attempts to stop the celebration of Nowruz by the Iranian government has failed according to Rajavi. But the government continue to move away from the moderation that they have been billed as by some Western governments. Rajavi argued that the increase in purchasing power as a result of loosened sanctions was being used to fuel conflict in the wider region of Yemen, Syria and Iraq. In recent weeks at least three boats were seized in the Arabian Sea by international task forces finding caches of weapons which were believed to be heading for Houthi rebels in Yemen from Iran.

Recent elections were seen as a distraction technique and boycotted by Iranian society, failing to achieve the consensus and mandate sought by Iran’s government. Further international trouble is brewing with rocket attacks on members of the main Iranian opposition group People’s Mojahedin (or Mojahedin Khalq, PMOI, MEK) in Camp Liberty, Baghdad, killing 24 people in October last year and the testing of ballistic missiles threatening the region.

Rajavi also praised the strength and generosity of those fighting fundamentalism and terror. She wished Brussels and Paris a year free of “bitter incidents”. Rajavi’s speech comes as the Mossack Fonseca papers implicate the leadership of Iran in the wealth elite’s financial scandal.

UNESCO advises countries around the world to allocate between...

Iran blames U.S. for continuation of insecurity in Iraq