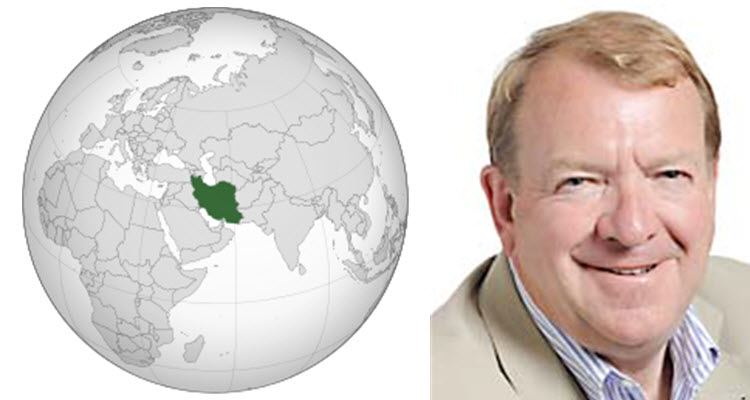 London, 18 May – Former Scottish MEP Struan Stevenson has penned on op-ed for the United Press International setting out his frustration at Western government’s engagement with Iran’s despotic government.

Stevenson, who currently heads the European Iraqi Freedom Association, attacked Federica Mogherini, the EU’s High Representative for Foreign Affairs and Security Policy, for not mentioning any of the human rights violations that are rampant in the country.

Iran has been cautiously welcomed back into the flows of the global economy after a nuclear deal was reached last year. For those negotiating the deal economic progress is clearly supposed to beget social progress, however Iran’s record continues to worsen.

Stevenson highlighted the following actions exemplifying Iran’s resistance to change:
• 7,000 undercover morality police targeting women in Tehran alone
• 2,300 men and 66 women executed since Hassan Rouhani took office as President in 2013, some as public hangings
• Brutal punishments; such as the blinding of a man who failed to pay blood money to his alleged victim
• Embezzlement measured by the billion
• Internet censorship and surveillance of social media
• Abuse of workers’ rights
• Prevention of free association

The domestic discipline exacted by the Iranian government is put towards their international and regional efforts to become the dominant Islamic power. Iran’s role in supporting militias in proxy wars is well known. There are currently upwards of 60,000 Iranian Revolutionary Guards (IRGC) personnel and thousands of affiliated militias fighting in Syria while the Houthi rebels in Yemen are receiving materiel support from Tehran via the Horn of Africa.

The West’s reluctance to tackle Iran’s behaviour head on demonstrates the stalemate of international relations.

Stevenson asked participating governments, and companies such as Boeing, to consider their business dealings with the Iranian government; an entity just as brutal as Daesh (ISIS or ISIL).

“Those who put profits before people and human rights will not be quickly forgotten when this criminal regime is toppled and freedom and democracy are restored in Iran”, Struan Stevenson wrote.