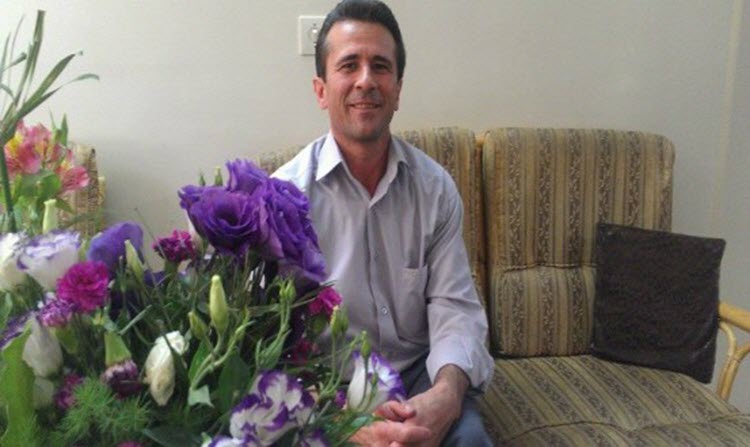 Azimzadeh, who has been on hunger strike for two weeks, called Abdi’s release “exciting and gratifying” but vowed not to let up in the efforts to realise the demands being made by millions of Iranian teachers and workers.

Ismail Abdi spent a little under a year in prison, held arbitrarily without a judicial verdict. The bogus charge of “associating and colluding with intent to act against national security” has been used by Iran’s government to crack down on independent assemblies and meetings, dissidents say.

On International Workers’ Day (IWD) and Teachers’ Day events were held in Iran to highlight the attacks on independent trade unions and call on the International Labor Organisation (ILO) to use more effective action against the violation of essential human rights. Iran’s teachers are also affected by sub-poverty line wages that often go unpaid.

IWD marked the day that Azimzadeh began his hunger strikes as he could not be with his colleagues and friends on the protest. Azimzadeh, a leading member of the banned workers’ union, plans to continue his indefinite hunger strike until a resolution is achieved.

Taking aim at the Iranian judiciary and government Azimzadeh called the process by which Ismail Abdi was imprisoned and subsequently released is “predictable”. For this reason, he writes, the release of Abdi cannot be considered a resolution to the problems faced by millions of others. As Iran faces an uphill battle in sustaining Basher al Assad’s government in Syria, domestic issues have the potential to boil over. Some 120,000 people are demanding their money back after a fraud investigation into a billion dollar construction and development company backed by the Revolutionary Guards (IRGC). Not giving an inch seems like a losing strategy for Tehran, the question is when will a critical mass be reached?

Washington Post: Shaul Bakhash, his daughter at his side,...