Iran Tries to Overcome the U.S. Sanctions While the U.S. Fights Back 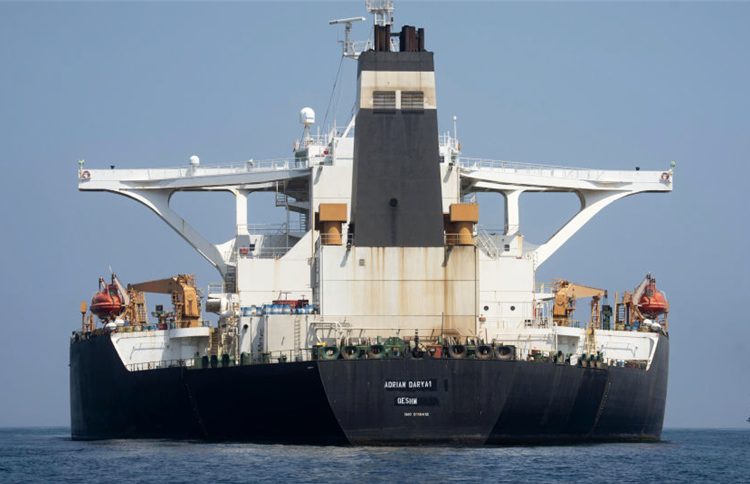 Since the beginning of the U.S. sanctions, Iran is trying to overcome the strongest sanction that this regime has ever seen. One of the aspects is, that they’re trying the continuation of oil selling. So the Iranian oil tankers are trying to carrying the oil in silence. One of the supertankers which tried, is the “Adrian Darya” which was released after being detained in Gibraltar, carrying 2 million barrels of crude. It’s now sailing east with trackers giving its stated destination the Greek port of Kalamata, with the arrival date of Aug. 26.

Washington wants the tanker detained because it says the vessel has links to Iran’s Revolutionary Guards, which it has designated a terrorist organization.

The U.S. government warned that they will strongly prevent the assist of this supertanker. And threaten any country which will try to help, will be faced with sanctions.

U.S. Secretary of State Mike Pompeo warned the international community against assisting the Iranians in smuggling oil and told by an interview with Fox News on last Monday: If Iran gets any benefits from the cargo of this tanker, so the Revolutionary Guard is taking more money and wealth to continue the support of terror.

And now the Greece government announced that they will not provide any assistance in delivering oil to Syria. And will not aid the Iranian oil tanker eyed by the US.

Deputy Foreign Minister Miltiadis Varvitsiotis said on Wednesday by an interview with Greece’s ANT1 television: “We have sent a clear message that we would not want to facilitate the trafficking of this oil to Syria in any instance,”
He continued: “This is a VLCC, a very large crude carrier … There is no Greek port that could accommodate a VLCC.”

A Greek shipping-services provider who was considering taking the job when approached by the ship’s broker Monday said he had abandoned the plan after the U.S. warned Greece against dealing with the vessel. “I won’t work on this one. I am no longer interested,” he said on Tuesday.

Adrian Darya 1 was heading east in the Mediterranean Sea Monday with its next destination reported to be Kalamata, Greece. The ship is expected to arrive at the Greek port next Sunday, according to ship-tracking service Marine Traffic. It was unclear why the tanker would be heading there or whether the destination could change.

Tehran said any U.S. attempt to seize the tanker would have “heavy consequences,” according to Reuters. Commander of Navy of the Islamic Revolutionary Guard Corps Alireza Tangsiri told the Iranian News Agency “the Adrian Darya vessel needs no escort.”

Tangsiri added that the ship is “Korean-made” and owned by Russia. The U.S. argued in unsealed court documents that Iran’s Islamic Revolutionary Guard Corps is the ship’s true owners through a network of front companies.