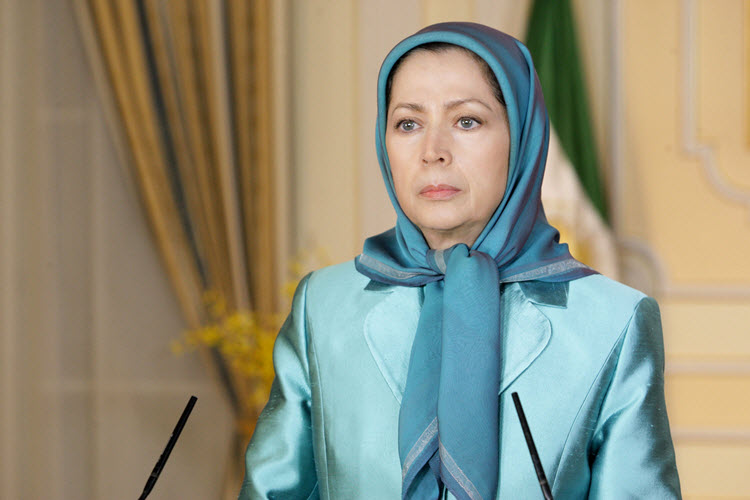 Paris, 5 Jul – After more than 50 rockets injured 40 and set large areas ablaze at Camp Liberty, Mrs. Maryam Rajavi, the President-elect of the National Council of Resistance of Iran (NCRI), called for urgent action to protect the camp’s residents.

The missile barrage came on the eighth day of a blockade of Camp Liberty by Iraqi security forces. Soldiers have been preventing food, medicine and fuel from reaching the camp. The blockade continues.

Mrs Rajavi reminded the international community of the guarantees that had previously been given to provide security for the residents of Camp Liberty until such time as they depart Iraq for third countries.

The Iranian regime’s intentions towards the camp were clear, she said. It was therefore a matter of urgency that the international community act.  An unambiguous condemnation of the missile attack by the UN Security Council and by the European Union was a necessary first step.

The fifth attack in four years, this one was conducted by Iraqi forces co-operating closely with the Quds Force of the Islamic Revolutionary Guard Corps. The notorious Quds Force is the terrorism arm of the Iranian regime’s security apparatus.

Mrs Rajavi noted that the Iranian regime has opposed any solution that preserves the safety of the residents. That the regime seeks only to destroy those at Camp Liberty shows, she said, that the People’s Mojahedin Organization of Iran (PMOI or MEK) and the Iranian Resistance are still viewed as existential threats to the theocratic dictatorship.

Many impoverished Iranian people living in the border regions...