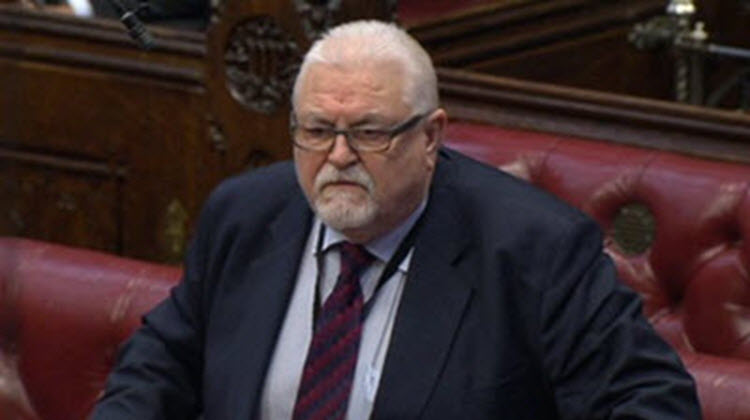 London, 8 Jul – Lord Maginnis, a member of the British Parliamentary Committee for Iran Freedom, writing in the Huffington Post this week, said that the mass Free Iran rally, on July 9 in Paris, will shine a rare light on Iran’s role in both sustaining the conflict in Syria and in “fuelling a sectarian strife” in Iraq which has created Daesh (ISIS).

The rally will confront truths that the West has been avoiding, Lord Maginnis said, namely: that Iran’s use of terror is “nothing short of criminal;” that it is creating chaos in Iraq, Syria and Yemen; that the nuclear deal has increased Iran’s aggression; and that to conceptualise Rouhani as a “moderate”  is a “dangerous delusion.”

Lord Maginnis analyses the motivation for Iran’s expansionist foreign policy: lacking legitimacy, such aggression is the only route to regime survival. He writes: “The regime recognises its diminishing appeal at home, particularly among Iran’s youth. It uses, therefore, an aggressive foreign policy in order to maintain a perpetual state of crisis internally – a strategy it employed to prolong the Iran-Iraq war in the 1980’s, and to excuse its crack-down on dissent and opposition internally.”

The state of the region, Lord Maginnis argues, demonstrates that it is “long past” the time to “end the West’s policy of appeasement towards the mullahs in Tehran.” The alternative is to target the “Achilles heel” of the regime: to support the organized resistance, the National Council of Resistance of Iran (NCRI). Its President, Mrs. Maryam Rajavi, he argues, “has for decades been unwavering in her promotion of NCRI’s 10 point plan for a democratic Iranian future.”

If the West wants peace, Lord Maginnis argues, support for the democratic alternative is all that is left to it.

Paris conference aims to divide up tasks in IS fight

AFP: Who strikes and where? Who provides the weapons?...