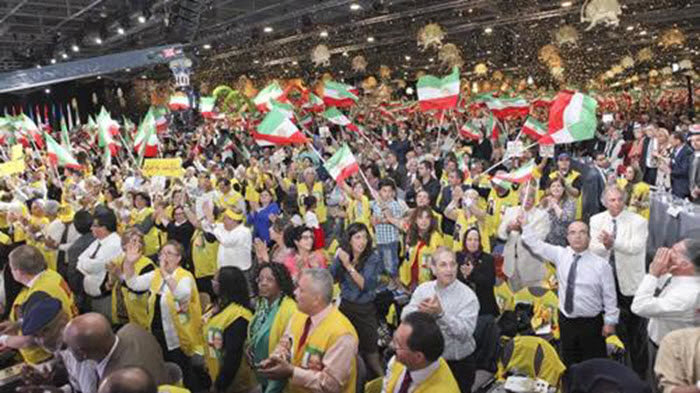 London, 8 Jul – A rally will be held in Paris, this weekend, to support the Iranian Resistance forces near the anniversary of last year’s nuclear deal which only strengthened the regime.

Saturday, July 9, will be the chance for the millions of Iranian Resistance supporters to showcase the terrifying human rights abuses that the Regime enacts on its own people.

A skyrocketing execution rate, almost daily reports of torture and the constant discrimination of women and minorities, prove that the regime is anything but ‘moderate’.

The Iranian Resistance is working towards a major change in the political system, to improve the human rights situation and fight the horrific rise in terrorism which can be traced back to Iran.

The terrorist forces, including ISIS, who are slowly murdering their way through the Middle East and North Africa, and the Iranian Revolutionary Guards Force (IRGC), who were labelled a terrorist organisation by the US Congress and are currently destabilising the Middle East, are a threat, not just to the region, but the whole world.

Various Western politicians have pledged their support to the Resistance recognising that prolonged military action akin to the Iraq war is not the solution.

In order to fight the fundamentalist groups, we must first fight the ideology that surrounds them and the people best equipped to do that are those that already are, the Iranian Resistance.
Groups like the National Council of Resistance of Iran (NCRI) provide a realistic reformation to the country’s government.

Led by Maryam Rajavi, the NCRI has a 10-point plan to help reform the country including the abolition of torture and the death penalty and the embracement of democracy.

Last year, in front of the House Foreign Affairs Subcommittee on Terrorism, Nonproliferation and Trade, Maryam Rajavi said: “A political, religious and cultural antidote is required to uproot this cancerous tumour permanently. In the absence of an alternative interpretation of Islam … extremist ringleaders will portray the war against fundamentalism as a fight against Islam itself. By doing so, they will then create the most important source of nourishment for this ominous phenomenon.”