The Iranian Resistance rally draws support from across the world.

Washington, 14 Jul – Over 100,000 people turned out in Paris last weekend to demand an end to the theocratic regime.

The annual event is organised by the National Council of Resistance of Iran (NCRI), one of two main opposition movements to the mullah’s regime; the second being the People’s Mojahedin of Iran (PMOI). This year’s gathering would focus on the change, or lack thereof, in the regime since the nuclear agreement of 2015.

World leaders, politicians, journalists and civilians from all walks of life came out to declare their support for the Iranian Resistance. This support crossed political divisions, religious views, and class lines to show solidarity with the Iranian people in their struggle against a brutal regime.

Gingrich blasted the nuclear agreement as “insane” stating that Iran’s “dictatorship cannot be trusted”, while Bolton went even further.

He said: “There is only one answer here: to support legitimate opposition groups that favour overthrowing the military theocratic dictatorship in Tehran. Let me be very clear: It should be the declared policy of the United States of America and all its friends to do just that at the earliest opportunity.”

One of the most influential speeches came from a member of the Saudi royal family. Prince Turki bin Faisal Al-Saud, the former long-time Saudi intelligence chief, gave his support for the toppling of the Iranian Regime.

It is no secret that, since the nuclear agreement, tensions between Saudi Arabia and Iran have been growing but it is far from the only Arab country to take issue with the state. A delegation of 12 Arab nations gathered on stage to pledge support for the Resistance.

Maryam Rajavi, the president-elect of the NCRI, demanded that Western governments enact an aggressive policy towards the dictatorship.

In a press release before the rally, Rajavi said that the participants “represent the voice of millions of Iranians who are being oppressed in their country and who seek regime change and the establishment of a democratic, pluralist and non-nuclear government based on the separation of religion and state.”

She advised that suppression of the Iranian people, especially women, and minorities, is expanding along with Iran’s execution rate. 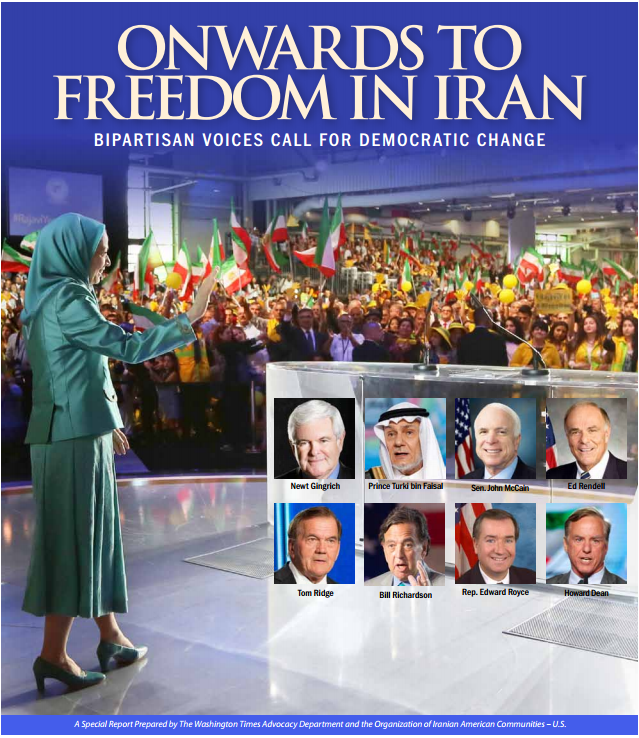