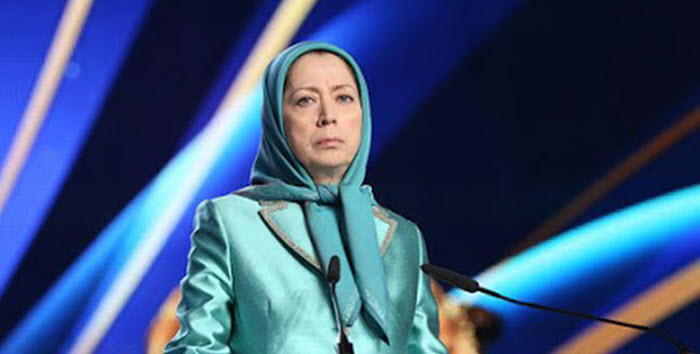 London, 17 Jul – Earlier this month, billions of Muslims around the world celebrated Eid al-Fitr, which marks the joyous end of the holy month of Ramadan.

Maryam Rajavi, President-elect of National Council of Resistance of Iran (NCRI), writes, “To practicing Muslims of all stripes, Ramadan is a season of compassion, self-betterment and community, values wholly denigrated by the persistence of terrorism and tyranny under the name of Islam.”

Mrs. Rajavi’s opinion piece in Forbes, July 10, goes on to explain that, “From the outset, when Prophet Mohammad invited all to accept a single God, he told people that this would bring them salvation. God said in the Holy Quran that the Prophet had come to open the chains from people’s hands and feet. Prior to this, Jesus had said, ‘Love one another just as the Lord loves you.’ Before him, Moses invited people to a religion that considers human beings as part of one family, describing the various peoples, ethnicities and tribes as branches that lead back to a single source.”

She believes that the recent violence in Orlando, Istanbul, Bangladesh, and Saudi Arabia, comes from a twisted image of Islam that strips the Quranic verses, and the traditions of the Prophet, of their original context in an attempt to justify murder, conquest and subjugation.

“This is not Islam.” says Mrs. Rajavi.

Islam teaches that all of us are the children of Abraham, and are therefore brothers and sisters, whose our essential relationship to each other is freedom, compassion and unity. Instead, Quranic verses have been interpreted in an ultraconservative manner, and used by rulers to oppress, exploit and exact retribution.

“Two diametrically opposed versions of Islam have emerged. One is based on tyranny. The other is based on freedom.” Mrs. Rajavi tells us, adding, “From the mullahs ruling in Tehran, to the Lebanese Hezbollah, to Boko Haram and Daesh, all exhibit a twisted commitment to the oppressive and tyrannical interpretation. But one need only look to the Quran to realize that they stand in stark contrast against the truth of Islam.”

When used by extremists, the term “Jihad” is synonymous with terrorism. The true meaning of jihad in the Quran, the rise against injustice, giving permission for jihad only to those who face being murdered or forcibly exiled from their country.

“Ironically, Muslims who oppose the rule of clerics or caliphs, as well as non-Muslims who refuse to surrender to them, are the primary targets of this falsely labeled ‘jihad.’” says Mrs. Rajavi.

Violence against women is also practiced by extremists, who would deprive them of their most basic rights. However, Islam pioneered liberty and equality for women. Hundreds of women swore allegiance to the Prophet and began assuming responsibilities in political, social and military matters. That is an example of the truth of Islam.

AFP: Iran has rejected an EU call for Tehran...