Ambassador Bloomfield Speaks of the West’s Misunderstanding of Iran 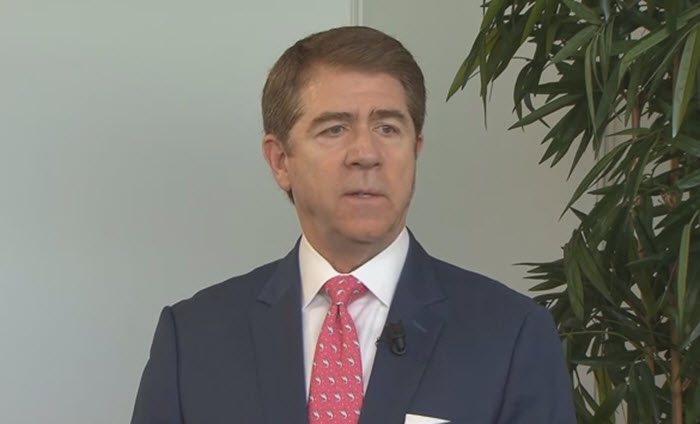 28 Jul – At the Free Iran rally on July 9 in Paris, Ambassador Lincoln P. Bloomfield Jr. gave an interview to the ‘Alliance for Public Awareness – Iranian Communities in Europe’.

In the interview, Bloomfield addressed U.S. government officials’ misunderstandings of both the Iranian regime and the Iranian Resistance.

He said, the U.S. is “illiterate about the significance of June 20, 1981 when the People’s Mojahedin Organization of Iran (PMOI or MEK) tried to uphold a ‘glorious outpouring of democracy,’ and Khomeini’s theocrats ‘shot their way to power.’ From the failure to appreciate the true meaning of this event have flowed a number of other misperceptions that are only now being corrected – although ‘the work goes on’ to dispel ‘a global influence operation’ by the regime’s Intelligence Ministry (MOIS).”

He explained that after the revolution, the PMOI endeavored to spread their message and garner support, but “on June 20, 1981, a peaceful demonstration by half-a-million PMOI supporters in Tehran was turned into a bloodbath on the orders of Khomeini, and the PMOI were forced to go underground and begin a Resistance campaign to expose and unseat the Khomeini regime.”

Further, he said, “On the one hand, the US does not understand that the regime’s illegitimacy makes it behave in certain ways, and that factional fighting is best understood as a contest about how to maintain ‘one man’s religious dictatorship,’ or velayat-e faqih, rather than about how to reform it. As such, President Obama’s hope that the nuclear deal would lead to détente with a moderating government was misplaced. The regime has not only ‘cheated’ on the nuclear deal known as the JCPOA, but its domestic and international behaviour has worsened.”

Additionally, according to Ambassador Bloomfield, “On the other hand, the US, like other Western countries, has approached the PMOI or MEK as a ‘diplomatic commodity,’ restrictions upon its work for democracy traded with the Iranian regime in hopes of concessions. Referring to the eight-year investigation undertaken by the French which could find no evidence of terrorism, only resistance, Ambassador Bloomfield also spoke about his own research journey into the nature of the National Council of Resistance of Iran (NCRI), of which the PMOI or MEK is a major part.”

In the interview, Ambassador Bloomfield described his own realization of “a global influence operation” by the regime’s Intelligence Ministry “which had distorted the historical facts.” The fact that he cared so much about his own government, made it imperative that “they have the right facts,” but his challenges to the current Administration to find proof that his analysis are incorrect have been met with silence.

He was initially skeptical of the NCRI’s president-elect, Maryam Rajavi, when he heard her describe the regime as “weak,” but her “sharp political sense” and observations “split about how best to keep power for the regime.” He realized that, “It was the “paranoia” of illegitimacy which drove the factional debate and thus demonstrated the underlying weakness of the regime.”

He concluded by saying, “Regime change would not come from the outside, but from the Iranian people flowing with the global tide of those insisting that government should serve the people, he said. The West had to confront a regime which undermined it with terror, and “atone” for its ill-informed treatment of the Iranian Resistance.”

AFP: Gambia has severed its ties with Iran, ordering...