Iran: The 1988 massacre was politically motivated to eradicate the opposition 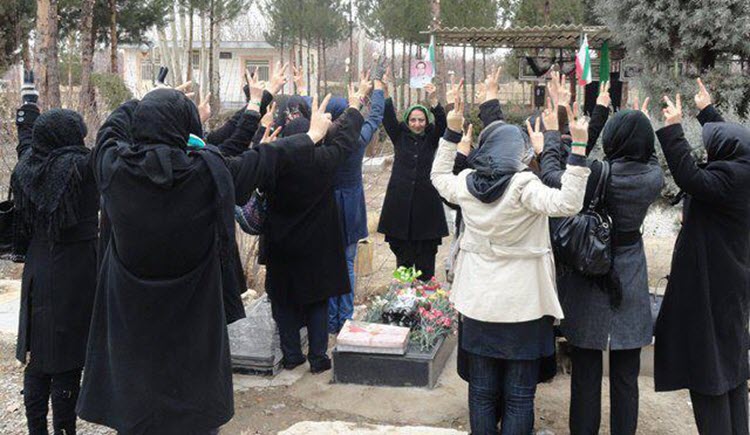 London, 14 Sep – An activist group, comprised mainly of women who lost family members during 2009 Iranian uprising, have published a letter calling for the indictment of the government officials who have escaped justice for their role in the 1988 massacre.

This group, known as “Mothers of Laleh Park”, published their open letter on the National Council of Resistance of Iran’s website.

They stated that the 1988 massacre was politically motivated to eradicate the opposition; trials lasted five minutes at most, most of those sentenced to death had already served the majority, or all, of their prison sentence and then they were all buried in mass unmarked graves to prevent a shrine being built.

They quote the Nuremberg Trials as evidence that the massacre was a crime against humanity in which 30,000 were slaughtered to enhance the political standing of a few.

Their letter read: “The regime of Islamic Republic during the past twenty-eight years has remained silent about this crime to avoid disclosure of its secrets.  But the mothers and families of the massacred political prisoners and other justice-seeking activists in Iran and abroad in all these years have tried in different ways to stand still and fight against this silence to hold the officials accountable and bring the government to respond.”

They cite that those responsible for the massacre were not punished, but promoted, such as Mostafa Pour-Mohammadi, the Justice Minister in President Rouhani’s Cabinet, who was on the Death Commission in 1988.

Since outrage began last month over a leaked audio file proving the existence of the Death Commission, Pour-Mohammadi has refused to apologise, instead expressing pride in his actions and he was far from the only one.

On the other side, ‘moderates’ like Khamenei, Rouhani, Khatami have remained largely silent, which brings into question perceived moderateness.

Their letter stated: “We, Mothers of Laleh Park, who also grieve [our martyrs] in Khavaran grave site, call for indictment of all officials of the Iranian regime who have been complicit and had a role in the killings in the 1980s particularly the massacre of 30,000 political prisoners in the summer of 1988 in Iran. We demand removal, trial in courts and punishment of all those criminals who occupy the highest judicial and executive positions and authorities in Iran.”

It continued: “Our homeland in the past 37 years has been invaded by those who have brought nothing but evil and enmity of freedom, justice, and equality, and their Sharia and civil laws and achievements are also extremely discriminatory and against freedom. They have no respect for human lives and ideas, and the outcome of their existence and their present for us is repression and destruction of humanity. They are the ones who have destroyed thousands and thousands of freedom-loving souls and noble free and dynamic thoughts, but enough is enough and a solution must be found.”

They finished their letter with a series of questions, designed to get to the truth of the Iranian Regime’s crimes including who the perpetrators of the massacre were, why trials were kept behind closed doors, the burial places and the exact names of all those massacred in 1988.

Reuters: In an effort to toughen a European draft...

Ahmadinejad: US should leave Iraq