Iran: Under Rouhani’s rule, nearly 3,000 people have been executed 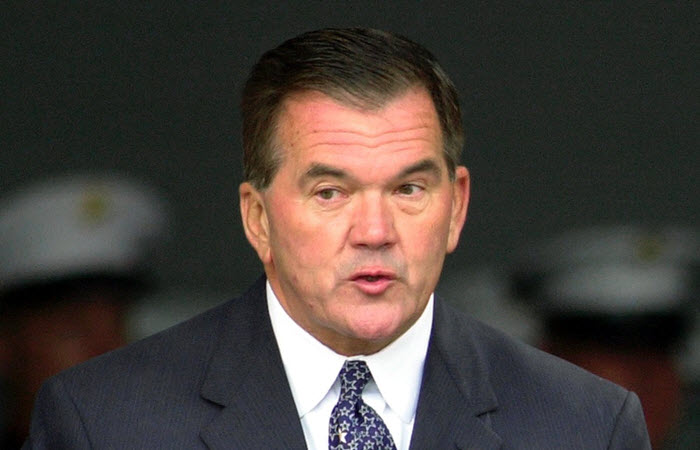 Tom Ridge, the former governor of Pennsylvania, said that Rouhani’s presence at the UNGA is an opportunity to challenge him on the ‘moderateness’ of his regime and the 1988 massacre, which killed 30,000 political prisoners.

Ridge cites the tape that was released last month, which featured former heir to the supreme leader, Hossein-Ali Montazeri, addressing the ‘Death Commission’. Montazeri can be heard criticizing the commission for the “worst crime of the Islamic Republic” and confirming long suspected horrors of that summer; that even teenagers and pregnant women were not spared the noose.

Many of those executed were members of the People’s Mojahedin Organization of Iran (PMOI or MEK) who had already been sentenced to prison terms for political activism, finished serving prison terms for their political beliefs, or even just expressed sympathy for the political prisoners being held in Iran.

One of those who was criticised by Montazeri is current justice minister Mostafa Pourmohammadi. Pourmohammadi, who then worked for the Intelligence Ministry, can be heard on tape defending the massacre; a stance which has not weakened with time as he described the massacre as “God’s commandment” and said he was “proud” of his role.

Ridge wrote: “His unrepentant attitude about responsibility for a crime against humanity underscores the irony of his role as justice minister. Moreover, the fact that Pourmohammadi was Rouhani’s personal choice for the position casts profound doubt on the assumption, by President Obama and other Western policymakers, that the Rouhani administration is a moderate alternative to the hardliners associated with Supreme Leader Ali Khamenei and former President Mahmoud Ahmadinejad.”

He also notes that Iran continues to defy Security Council resolutions banning ballistic missile tests and continues to support terrorist groups all over the world.

Under Rouhani’s rule, nearly 3,000 people have been executed and Iran holds the highest per capita execution rate in the world; many victims charged with vague crimes like “enmity against God”.

Ridge said: “It is difficult to understand how the Obama administration failed to notice or elected to ignore recent human rights abuses. Whatever the case, the growing knowledge of Tehran’s past abuses cannot be so easily ignored, especially since the Rouhani administration’s complicity in the 1988 massacre is by no means limited to the justice minister.”

Last week, the MEK released a list of 60 important figures within Iran who are connected to the 1988 massacre.

Ridge said: “These revelations make it abundantly clear that the current Iranian government has in no fashion moved away from its past crimes against humanity – crimes for which no one has been held accountable. Indeed, those who participated willingly, even proudly like Mostafa Pourmohammadi, have been rewarded.”

He argued that the international community could no longer afford to be complacent towards Iran’s crimes.

The Scotsman: There is a "strong case" for developing...

Protests in university campuses in Iran on uprising anniversary