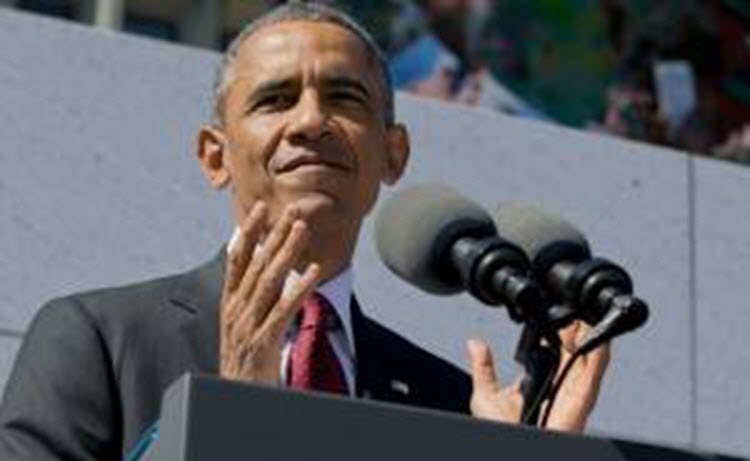 London, 26 Sep – A prominent member of the non-profit organisation, the Endowment for Middle East Truth (EMET) has written a scathing op-ed of President Obama’s dealing with Iran for conservative magazine, American Thinker.

Adam Turner, the General Counsel & Legislative Affairs Director for EMET wrote that President Obama had opened relations with Iran because he felt ashamed and apologetic over the US’s previous interventions with Iran.

He wrote that Obama believed that if the USA apologised for its past transgressions, it would be able to reign in Iran’s use of nuclear weapons and moderate the Iranian Regime. The lifting of economic sanctions last year released up to $150 billion in oil revenue for Iran. He notes that the US Government were forced to pay $1.7 billion to release American hostages from Iran.

Turner wrote: “The U.S. has deferred to the Islamic Republic’s wishes on issue after issue. Because of Iran’s willingness to officially walk away from the nuclear political commitment, Obama has allowed Iran to continue to violate the conventional weapons international ban by supplying its terror proxies from Hizb’allah [sic], to the Houthis, to Hamas with weapons.”

Turner states that Obama did not step up to the mark with regards to Syria because of pressure from the Iranian Regime, which allowed the Syrian civil war to continue and take over half a million lives.

Turner wrote: “President Obama was, of course, wrong in his assumptions. His catering to the Islamic Republic did — and will — not lead to an end to their nuclear weapons threat, or to moderation by the Iranian government. Instead, President Obama’s dream has become the Iranian regime’s fondest wish, the creation of a powerful, violent, and bloodthirsty Islamist Iranian Caliphate, which is a nightmare for the rest of the Middle East.”

Reuters: Major powers meet in Washington on Friday to...

US disappointed in China, Russia response on Iran sanctions

AFP: The United States on Friday urged China and...