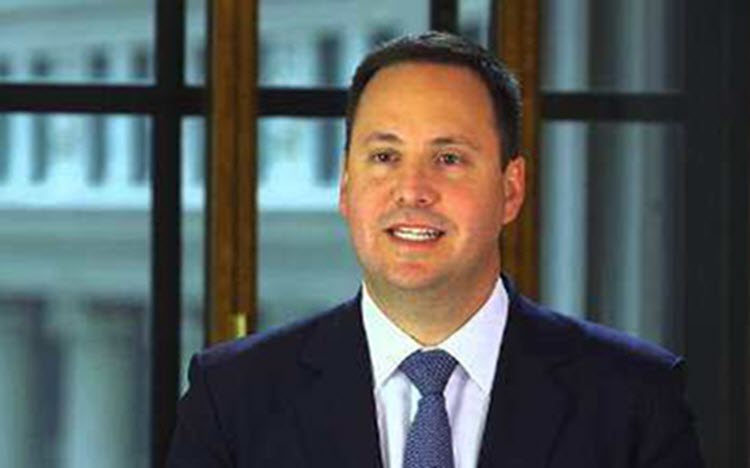 London, 27 Sep – The National Council of Resistance of Iran (NCRI) quoted Shahin Gobadi of their Foreign Affairs Committee, in an article published on September 27.

”The planned trip to Iran by Australia’s Minister for Trade is taking place while the human rights situation in Iran is drastically deteriorating. There have been more than 2,700 executions during Rouhani’s tenure as President. Even though the mullahs’ regime remains the world’s top executioner per capita, this frightening figure represent a major increase in comparison to previous periods. The suppression of religious and ethnic minorities, women and other strata of society is getting far worse. Some 25 members of the minority Sunni population were collectively hanged in a single day in August. Several weeks ago, the regime’s Supreme Leader issued a fatwa banning women from cycling in public.

The trip take place after the emergence of an audio tape for the first time after 28 years of Mr. Hossein-Ali Montazeri, Khomeini’s former heir in 1988, revealing the massacre of political prisoners. In the summer of 1988, based on a fatwa by the regime’s founder Khomeini, some 30,000 political prisoners, primarily activists of the People’s Mojahedin Organization of Iran (PMOI or MEK), were massacred in the space of a few months and secretly buried in mass graves. The tape contains the audio of Montazeri’s discussion with members of the “Death Commission” in Tehran who had been appointed by Khomeini. Based on corroborated and proven information, dozens of the main perpetrators of the massacre are today high office holders within the regime. Among them is Mostafa Pour-Mohammadi, Rouhani’s Justice Minister, who on August 28 publicly defended his role in the massacre.

Trade agreements with this regime only benefit its machinery of suppression and terrorism and proliferation of weapons of mass destruction. The funds that have been released following the nuclear agreement are mainly spent on the mullahs’ huge warmongering budget in Syria in support of the dictator Bashar al-Assad as well as in Yemen and Iraq and expanding the regime’s ballistic missile projects, and there has been no improvement in the living conditions of ordinary Iranians.

This is a known reality that the regime’s Islamic Revolutionary Guards Corps (IRGC), the main apparatus of suppression and terrorism, has a pivotal role in Iran’s economy, and a vast section of Iran’s economy, in every major sector, are under the direct or indirect control of the IRGC’s financial arm. There is no such thing as a functioning private sector in Iran, and the main interlocutor of any major trade deal is in practice the IRGC.

Any enhancement of trade and political ties with the mullahs’ regime ought to be linked to an improvement in the human rights situation and in particular a halt to executions or else it would be to the detriment of the high interests of the Iranian people and would aid the mullahs’ warmongering and destabilizing activities in the region.”