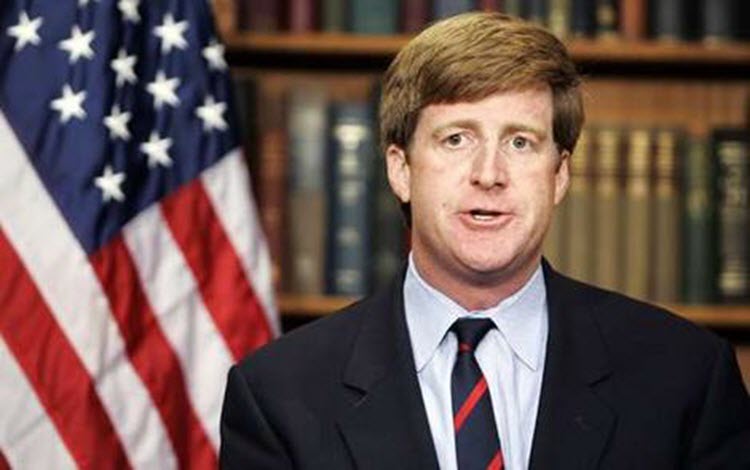 London, 3 October – Former Congressman Patrick J. Kennedy (D-R.I.) has praised the liberation of the Camp Liberty residents, stating that their relocation to Europe marks a significant turning point for the Iranian resistance and citizens of Iran.

On the 9th of September this year, residents of Camp Liberty in Iraq were relocated to Albania and parts of Western Europe to protect them from deadly attacks, executed by the Iraqi government and Iranian groups operating in the area. In an article for The Hill, Kennedy stated that “the liberation of the residents of Camp Liberty may represent the start of a new era in the history of the Iranian resistance and a significant step toward the liberation of the Iranian people as a whole.”

The residents of Camp Liberty belong to the main Iranian Opposition group, Mujahedin-e Khalq (MEK). Kennedy praised the Iranian resistance group as one of the most advanced political movements in the Middle East because of their commitment to a new, democratic system in Iran. Their leading fraction, the National Council of Resistance of Iran (NCRI) are actively working towards their vision to topple Iran’s oppressive regime and establish a political system that is based on the values of human rights, gender equality and freedom of religious beliefs. As Kennedy puts it, the NCRI stand for “all the things that the current Iranian regime stands against.”

The NCRI is led by Maryam Rajavi, the President-elect for the transitional period. In the recent years, the movement has been gaining a significant number of supporters. Earlier this year, the world saw the largest gathering in support of the NCRI – 100,000 people from the international community had gathered in Paris on the 9th of July to express their support for the Iranian resistance.

The relocation of the residents from Camp Liberty to Albania and countries in Western Europe is a staggering achievement for the NCRI, which has exposed the movement to the international community and reiterated its importance for the future of the Iranian people.

In Iraq, Camp Liberty was under constant threat. After its intervention in Iraq thirteen years ago, the U.S. granted Camp Liberty residents the status of “protected persons under the Fourth Geneva Convention.” Things began to take a turn for the worse when their security was handed over to the Iraqi Government in 2009.

Since then, Camp Liberty suffered several deadly attacks, instigated by the Iranian regime. Among these attacks was the 2015 incident where Camp Liberty was struck by rockets, leaving 23 people killed and many injured. Growing threats surfaced after the success of the NCRI rally in Paris, with official media in Iran releasing statements that: “Camp Liberty must be targeted once again with a number of missiles…and leave no trace of the [residents] there,” as reported by the NCRI. In total, 177 people were killed or reported missing at Camp Liberty before its residents were safely relocated.

Despite the slow response from the international community and the U.S., the relocation of Camp Liberty has been a success. “To its credit, the U.S. State Department helped, in the late stages, to guarantee that the resettlement outside Iraq would proceed to its completion,” Kennedy said. He praised this event as a shining example of the growing importance of the NCRI, applauding the fact that support and recognition of the NCRI is rising worldwide. He expressed hope that this will eventually bring about liberation for the people of Iran.

By Jubin Katiraie On March 11, the organizing committee of...