NCRI spokesman: If it was not for Iran, Assad would have been expelled long ago 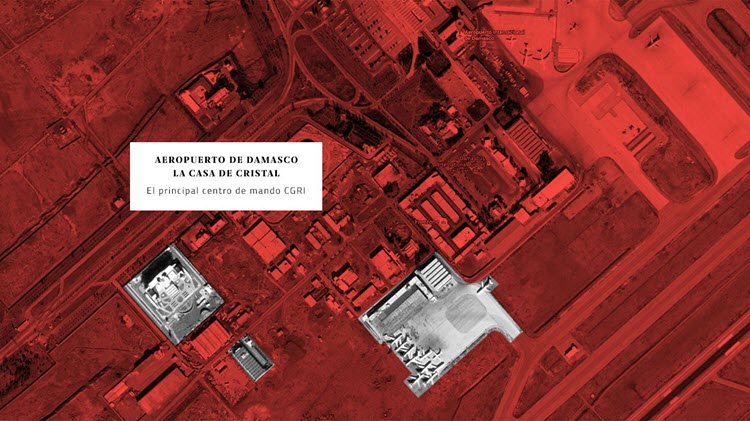 London, 3 October – Earlier this month, an article in the Spanish digital newspaper El Confidencial reported that the role which Iran plays in the escalating conflict in Syria may be much larger than previously thought, based on a special report provided by the National Council of Resistance of Iran (NCRI).

Shahin Ghobadi, a member of the Foreign Affairs Committee of the NCRI goes as far as claiming that if it weren’t for the Iranian regime’s involvement, “Assad would have been expelled and the situation would be very different now.” According to the report, Iranian officers are believed to hold military operations in Syria. Their number of troops is believed to “far exceed that of Assad’s own troops.”

Ghobadi also claims that Iran has been buying low-costs weaponry from Russia, funded by the money that Iran have received following the recent U.S. and Iran Nuclear Deal. He believes that Russia and Iran have a common strategic aim in Syria, which is why the Iranian commander of the Revolutionary Guards, Qassem Soleimani contacted Russia to ask them to get involved in the conflict. “The Russians would bomb targets for Iran to facilitate progress on the ground, “said Ghobadi.

Ghobadi also believes that Iran has split Syria up into five regions and each operates under a different military operations centre, with headquarters in Damascus airport. This location is out of bounds even for Syrian own troops. By controlling the airport, the Iranian regime is able to execute control over any new supplies that arrive from Iran. They are also able to plot and carry out an evacuation in the case of insurgents overtaking the capital of Syria.

In addition to having their own troops involved in the conflict in Syria, the Iranian Revolutionary Guards also command different fighter groups, such as Hezbollah, Shiite militias (Iraq, Afghanistan) and volunteers from Palestine. Earlier in the year, reports surfaced of the Iranian involvement in supporting the Hezbollah forces by supplying them with the ‘Zelzal-3’ rockets that are made in Teheran.

Ghobadi argues that the Iran doesn’t just play a small part in the conflict, but in fact are the ones conducting the war in Syria, wishing to gain more power and control in the country. He claims that the report which the NCRI have issued to has been based on reports by the NCRI network of informers in Iran, including advisers within the Revolutionary Guards. The information has been checked and confirmed by various sources.

A military intelligence and security expert was also consulted by El Confidencial. He further supported these claims, stating that Iran is fighting alongside the Hezbollah and the Syrian military. “Iran has been deeply involved in the Syrian conflict and in Iraq. They are trying, by all means, to keep alive the Shiite axis Iran-Iraq-Syria-Lebanon and are throwing the rest,” he said.

Colonel Pedro Banos, a geostrategy expert was also consulted by El Confidencial. He has been observing the Syrian conflict from the start and expressed a similar view on the issue. “There is data that is very wordy and detailed, that is not known even by analysts dedicated to the subject, but the whole is perfectly credible,” he said.

Commenting on the shocking number of Iranian-controlled fighters in Syria (with over 10,000 members of the Revolutionary Guards and 5,000 to 6,000 Iranian regular troops, among others), Ghobadi claimed that the involvement of Syrian fighters in the conflict remains very minimal. “The Syrians are only there as local guides to lead others to locations,” he stated, adding that Syrians don’t trust their own soldiers. “So it’s Hezbollah or Iraqi militias that fight.”

US denies Iran shot down spy planes over Gulf

BBC: The US has denied that any of its...