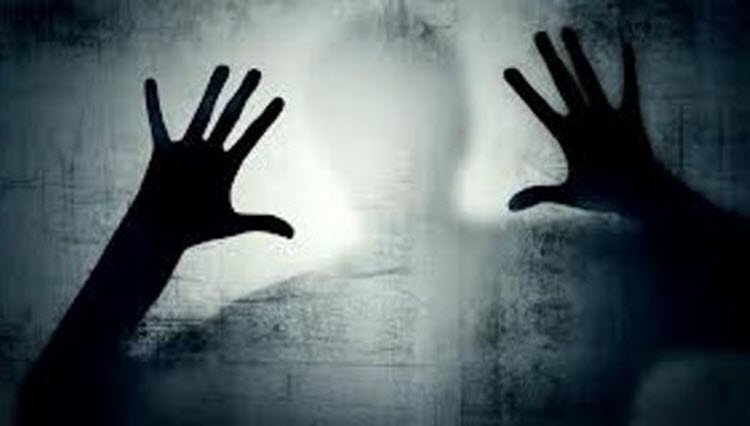 London, 24 October – The high suicide rate in Iran paints a grim picture of the true nature of this oppressive regime. Al Arabiya reported last year that back in 2013, four thousand people had chosen to take their own lives in Iran – the highest rate at the time in the Middle East. Now, the National Council of Resistance of Iran (NCRI) has reported the latest suicide rate statistics, conducted by WHO. According to this source, 11 people make an attempt to take their own life in Iran every single day, and 30% of them are successful.

Individual cases stand out among these. The man who cut his wrist in the front of a public office and died later; the woman who threw herself off from a pedestrian bridge; and the young, despairing woman who set herself on fire in Keshavarz Boulevard.

Are these suicides in public carried out as a protest against the existing status quo in Iran, and against the oppressive measures that people have to live by every day?
The secretary of the Iranian Psychiatric Association, Saman Tavakkoli, believes that these suicides are intended as messages. “Some experts believe that the suicidal person has intended to give a message to society or to speak out,” he said.

While these cases provide a shocking insight into the country’s deepest secrets, the large number of ‘silent suicides’ should not be underestimated, in order to paint a clear picture of Iran.
What causes people to reach the breaking point and want to end their life?

Quoting experts on the subject, Al Arabiya reported in 2015 that “the main causes for suicide in the Islamic Republic are poverty, unemployment, and despair over the lack of political change.”
Tavakkoli is along the same lines. He believes that “environmental, family, occupational and interpersonal stressors” all play a big role. He added that “macroeconomic, social, political and cultural issues affect the rate of suicide attempts” while the increase in suicide rate can be explained by such macro factors as “poverty, unemployment, discrimination and class differences.”
As demonstrated by the three public suicides described earlier, people choose different methods for attempting suicide. Most commonly, people choose to use drugs or toxins to poison themselves. “Sometimes the message the person intends to give with his suicide to those around him or to society may play a role in choosing a specific method for committing suicide,” Tavakkoli commented.
When asked what determines a person to choose one method over another, the psychiatrist is practical. He believes that issues, such as the “availability of a specific method, how lethal that method, its prevalence, and familiarity” with the given method all play a part in the suicide plan. Tavakkoli highlighted that the media has its share to play in the latter factor.

The prevailing attitude in society towards suicide is something that must be challenged if there is any hope to bring the suicide rate down in Iran. “If someone who under the influence of various factors has attempted suicide is negatively judged and rejected, then instead of dealing with the cause we are judging and rejecting the effect.”

Tavakkoli reminds that many of the factors that affect the suicide rate are outside of the individual’s control, for example, the aforementioned poverty, unemployment and class differences. Therefore, a vulnerable person who has come under the influence of these factors cannot always judge their own lives long-term, and resorts to suicide. The prevailing stigma in society with regards to suicide makes it much harder for someone to share suicidal thoughts with others around them, or to re-integrate if their suicide attempt has not gone according to plan.

“Such rejecting attitude not only is not going to help prevent and control suicide, but it makes people who have reached to this point feel embarrassed and unable to talk about their thoughts with those around him or with experts so as to receive their help, Tavakkoli said.

Tavakkoli also believes that the taboo surrounding suicide makes it more difficult to measure the real extent of it. “Its existence and dimensions are being ignored or improperly recorded.” Without acknowledging that there’s a problem, it becomes extremely difficult to plan or intervene with suicide attempts while there is still hope – before they’re actually carried out.

AP: A lawyer for a cameraman who was accompanying...

DPA: US Secretary of State Condoleezza Rice on Thursday...