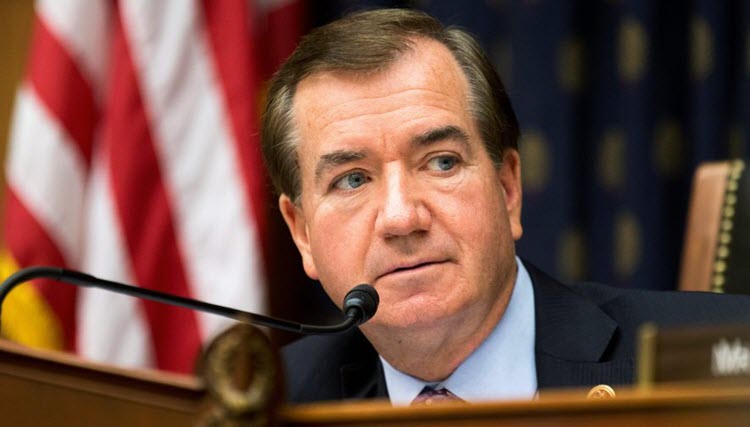 London, 28 October – The chairman of the Foreign Affairs Committee of the US House of Representatives has said that news of Iran’s $4 million ransom demand for the safe return of US hostages has confirmed his worst fears about the huge cash settlement paid to the Regime earlier this year.

The hostage in question, Nizar Zakka, is a Lebanese-American who was sentenced to ten years’ imprisonment in Iran for espionage. His lawyer reports that Iran wants $4 million to release him.

Royce is set to introduce a bill which would ban ransom payments to the Regime to Congress following the presidential election but  President Obama could veto the bill even if it passed both the House and the Senate.

Royce has spent months arguing that the White House had encouraged the further capture of American citizens when it paid $400 million in cash to ensure the release of four hostages. Days later, a further payment of $1.3 billion in cash was paid.

The White House has always maintained that the payment was not made because of American hostages but because of a long-standing dispute over money owed since the beginning of economic sanctions against the middle-eastern state in 1979.

Jonathan Schanzer of the Foundation for Defense of Democracies said: “What was more important to ask is whether the Iranians viewed it that way [as a ransom payment], and now, it appears clear that they do.”

Ileana Ros-Lehtinen, the former chair of the House Foreign Affairs panel, said: “[Americans held in Iran are] pawns in a dangerous game as Iran continues to use the nuclear deal as leverage to extract more and more concessions from the U.S.”

She stated that America must take a stand and demand the unconditional release of all hostages and seek an end to human rights violations in Iran.

A State Department official said: “As we’ve said before, the secretary raises the cases of detained and missing U.S. citizens anytime he meets with Iranian officials. Beyond that, we’re not going to get into the specifics of those conversations.”

The official continued: “What we can say is that we make all appropriate efforts to work for the release of any unjustly detained U.S. citizens held overseas. That said, the United States does not pay ransom.”

This was echoed by State Department press secretary John Kirby who said that the US would “not pay ransom“.

President Hassan Rouhani was interviewed on NBC in September and he claimed that the US and Iran are involved in “parallel dialogues” about the release of hostages and money owed to Iran, indicating that the two are connected.

Other American hostages in Iran, include businessman Siamak Namazi, and his 80-year-old father, Baquer Namazi., who have both been sentenced to ten years in prison.

Siamak had traveled to Iran following the nuclear deal in 2015, intending to seek business contracts. After his arrest, his father flew out to seek his release but was arrested as well.

According to Iran’s state-run media, the Regime is waiting to see what ransom can be extorted for their release.

Reuters: Canada has asked Iran to either charge or...