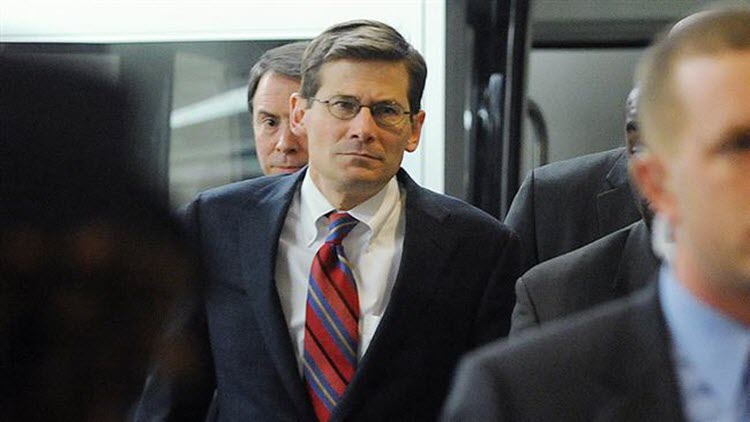 London, 28 October – A senior advisor to presidential candidate Hillary Clinton has recommended going to war with Iran in order to aid Saudi Arabia interests in Yemen.

Michael Morell, a former acting director of the CIA, is currently acting as a national security adviser to Hillary Clinton and widely expected to be offered a senior position in her administration if she gets elected.

Morell, who opposed the Iran nuclear agreement, said to the Center for American Progress (a think-tank founded by Clinton campaign chairman John Podesta) that he wouldn’t have a problem with the US Navy boarding Iranian ships to check for the presence of weapons that could be supplied to the Houthis in Yemen.

He did note, however, that this may infringe on international maritime law.

Eric Levitz at The New York Magazine suggested that this was a bit of an understatement and found the suggestion alarming.

Jake Sullivan, Clinton’s top national security aide, has said that Iran should be punished for its destabilizing behaviour in the middle-east.

Whilst there may be few intervention sceptics in the top ranks or government, Brian Katulis, a senior Middle East analyst at the Center for American Progress, told the Washington Post that the voting public is worried about the prospect of another war in the Middle East.

It is uncertain which path Clinton will take at the moment, whether she will continue to appease the Iranian Regime or will intervene and take a stand against their destructive behaviour.