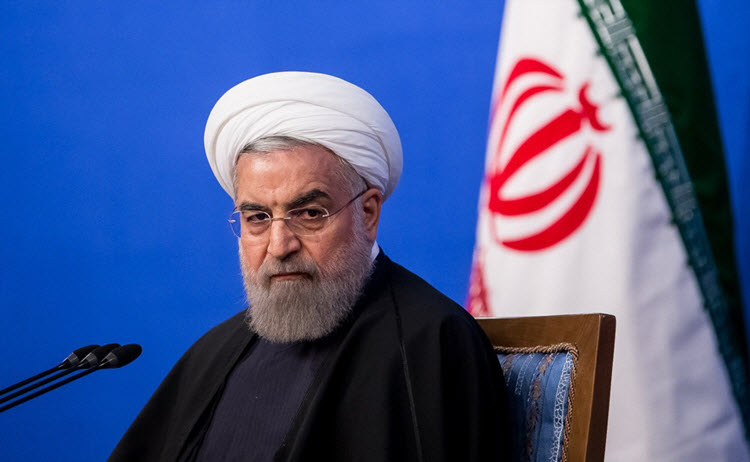 London, 4 November – A protest was held outside of Iran’s Parliament on Tuesday over the “plundering” of the treasury by state officials.

The protesters gathered outside of the Parliament when President Rouhani was inside defending three new ministers.

They chanted slogans like “This much embezzlement has turned Iran into Karbala (a killing field)”, “The three branches of the government do nothing but [put up] red tape and whitewashing (their crimes)”, and “Today is a day of mourning, because the nation’s life is insecure”.

They also held up signs which read “Building the country is the greatest crime in Iran, trusting the government is definitely a mistake.”
Security forces attempted to prevent the protest by using anti-riot police to evacuate the area, while parliament members attempted to make promises to the protesters.

However, it did not work; over 700 coffee shop owners from the provinces of Isfahan, Chaharmahal-Bakhtiari, Lorestan closed their businesses in support and as for Telecom workers, this was the third consecutive day of protests; some of the protesters brought their families.

Reuters: Iran's president lashed out at Saudi Arabia on...