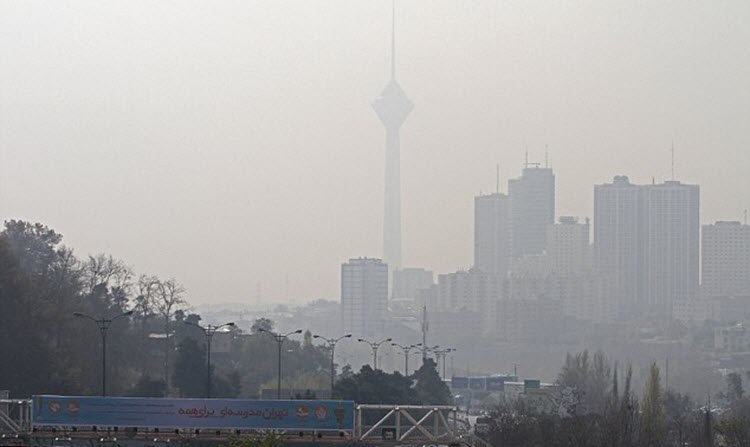 London, 17 Nov – Habib Kashani, a Tehranian City Council member reported that between October 22 and November 13, 412 people have died from the suffocating air pollution in the city.

It’s so serious that Tehran has been forced to increase its amount of cemetery workers.

He described the air quality as “Chemical Air”, and on Tuesday, the air quality was deemed “unhealthy for sensitive groups” so schools were closed. Indeed, November 13 was Iran’s most polluted day in 2016.

Kashani said: “During the same period, many children have been afflicted with Autism, inflicting even more suffering on the families.”

Tehran has been among the world’s most polluted cities for the past few years and a deputy minister from the Department of Environment in Tehran stated that with an air quality index of 154, Tehran is dangerous for everyone.

He continued: “Unfortunately, air pollution is not just limited to Tehran and now people in western and southern Iran have also been hurt due to dust and air pollution while no official is willing to accept the responsibility.”

Last winter, the levels of air pollution rose to Red Level, which forced schools to close across the cities of Tehran, Isfahan, Tabriz, Arak and Karaj.

AFP: The United Nations must guarantee the safety of...

UPI: A security adviser in the George W. Bush...