Will Iran’s Syria Policy Change After the Election of Donald Trump? 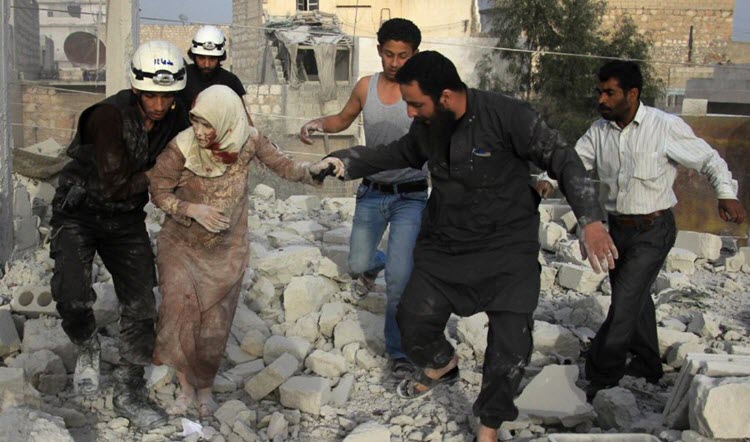 London, 29 Nov – In his article for The Daily Caller, Heshmat Alavi, a political and rights activist focusing on Iran, writes about the unexpected turn of events for Iran, with the election of Donald Trump as the new president of the United States. Now the Iranian regime is weighing its policy approach, foreign in particular.

The appeasement policy adopted by U.S. President Barack Obama and his administration was taken full advantage of, using its windfall to fuel the Syrian War of ally Bashar Assad. Almost half a million Syrians have been killed, and more than 10 million have been displaced inside or outside the country.

A new administration in Washington has disturbed Tehran, who must now determine how to maintain its grip over the region, with a special focus on Syria.

Protests began peacefully in Syria, but Assad opened fire on demonstrators. The Syrian people then took to arms and formed the Free Syrian Army in August 2011, inflicting major defeats to Assad’s forces.

Considering Syria its 35th province, Iran deployed its Revolutionary Guards (IRGC) to assist the troops fighting against Syrian opposition forces. Alavi writes, “As the opposition advanced, Assad followed Iran’s orders in launching chemical weapons and mass murdering civilians in a suburb near Damascus back in 2013. Unfortunately, the international community failed to respond adequately, as Obama literally held back any possible measures by the West to safeguard his legacy defining nuclear deal with Iran.”

As the war in Syria dragged on, it paved the grounds for the rise of Daesh (ISIS, ISIL). Alavi says, “Yes, Daesh is to blame for numerous atrocities. Yet it goes beyond doubt that Iran, Assad and former Iraqi prime minister Nouri al-Maliki launched massive crackdown campaigns against Sunnis in both countries in the name of battling Daesh.”

“ISIS was created by Assad releasing 1,500 prisoners from jail and Maliki releasing 1,000 people in Iraq who were put together as a force of terror types,” said U.S. Secretary of State John Kerry in an interview with Fox News.

Iran sought Russia’s involvement to provide air cover for its ground attacks, when confronted with major advances made by Syrian opposition forces in 2015. Iran increased its forces in Syria to 60,000 and launched “Operation Moharram” aimed at retaking areas from opposition control, including the strategic city of Aleppo. Iranian Supreme Leader Ali Khamenei also ordered the regular army’s 65th Division to Aleppo.

“With the Assad military suffering major catastrophes and dwindling down to less than 50,000 troops, Tehran rallied more than 70,000 non-Iranian and Iranian forces in the Levant. The budget Iran has allocated to its Syria campaign ranges around $100 billion, most sent under the disguise of Khamenei’s office to facilitate the process,” Alavi states.

Senior Iranian military commanders regularly inspect the situation on the ground, and many high-ranking officers, including Hossein Hamedani, a senior IRGC commander, have been killed.

The IRGC has placed all pro-Assad forces fighting in Syria into five sectors, consisting of four fronts (north, south, middle and costal) under a central command post, the “Glass Building,” which is strategically adjacent to Damascus International Airport.

The IRGC is also keeping a very close eye on all fronts, resulting in the role of the Assad army being significantly downgraded.

Alavi writes that, “The IRGC Quds Force, commanding all pro-Assad forces in Syria, has established a complex command structure, consisting of Airborne, Navy, Air Force, the Missile Unit, Engineering and Communications & Electronic Warfare branches. IRGC Ground Forces are the main sector, fighting parallel to members of the Lebanese Hezbollah, along with foot-soldiers recruited from Iraq, Afghanistan, and Pakistan. More than a dozen Iraqi Shiite groups, including the notorious Badr Organization, Kata’eb Hezbollah, Assa’eb ahl Al Haq are involved in the Syria conflict.

Iran’s presence in Syria has been reported thusly by the National Council of Resistance of Iran.

It’s been estimated that paying for all non-Syrian forces fighting to maintain Assad in power, along with fees for their families, widows and etc., is costing Iran somewhere between $80 to $90 million, accumulating to about $1 billion over the span of one year. “Add these costs to those needed for extremely expensive military weapons and equipment, along with billions provided by Khamenei’s office to maintain Assad’s government intact, we come to realize the position of the Syria dossier for Tehran,” writes Alavi.

President-elect Donald Trump will be inheriting a very complicated Syrian situation. Iraq and Yemen are also facing devastation. As a result, the Middle East is truly on the brink of a conflict of global proportions.

11 Arab states have recently issued an unprecedented letter to outgoing U.N. Secretary-General Ban Ki-moon condemning Iran’s involvement across the Middle East. This follows a resolution by a House of Representatives seeking sanctions against Syria.

Alavi concludes by saying, “The incoming Republican administration under Donald Trump needs to fully comprehend the destructive nature of Iran’s presence across the region, and how this phenomenon has rendered newly spread terrorism across Europe and beyond.”