Iran-Wide spread Protests and activities across Iran on Students Day 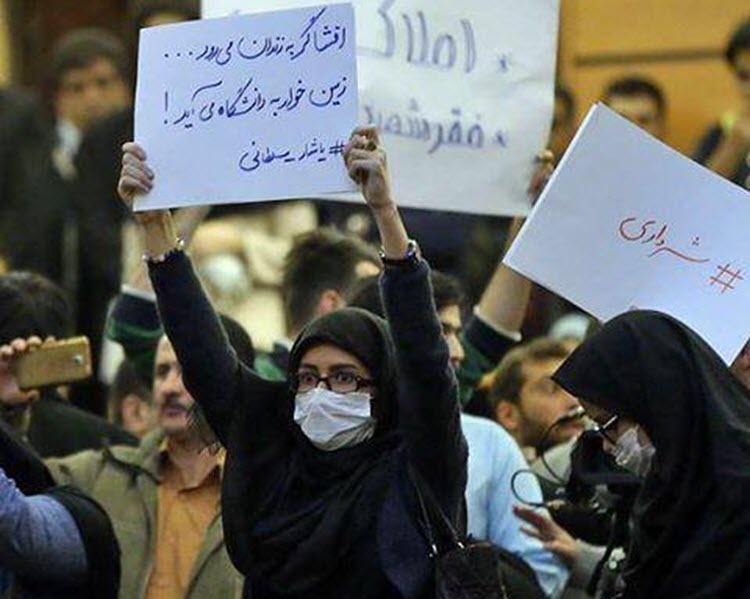 Tehran, 7 Dec – Student Day protests have sprung up across Iran as young people express their anger against the mullah’s regime.

On December 6, students in Tabriz gathered in front of the university despite the widespread presence of the Regime’s militia forces. They bravely chanted: “Our last message to the incompetent regime: the freedom- loving nation is ready to rise up!”

On December 5, students at Zahedan University, who were protesting the rise in university costs chanted slogans like “Student dies, but does not accept humiliation” and “Political prisoners must be freed”. Government officials refused entry to many students in an attempt to curb the protest.

Meanwhile, students at Tarbiat Modarres University in Tehran repeatedly interrupted the speech of regime’s Environment Minister, Ma’soumeh Ebtekar with chants about freeing political prisoners. The students also presented Ebtekar with an oxygen cylinder to protest the disastrous pollution levels across the country.

Students at Tehran’s Khajeh Nasir University installed large banners on the amphitheatre which read: “Political prisoners must be freed” and “University is not a garrison, our university is alive”.