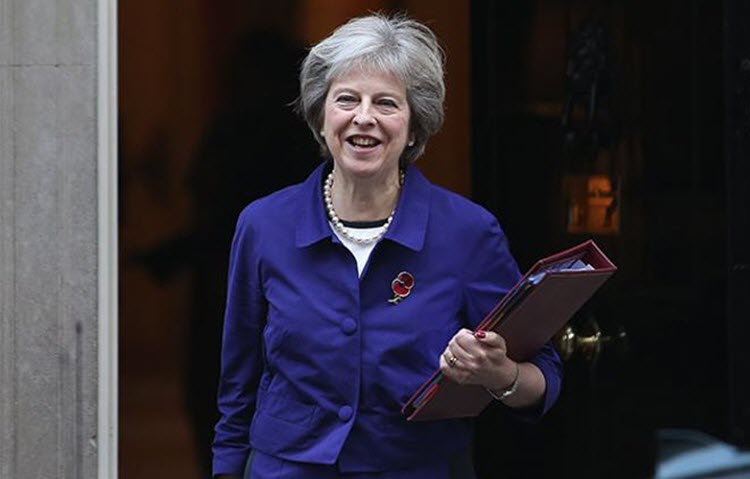 London, 7 Dec – British Prime Minister Theresa May is to accuse the Iranian regime of “aggressive regional actions” in the Middle East, including stirring trouble in Iraq, Lebanon and Syria, The Independent report on Wednesday.

The Prime Minister will say she is “clear-eyed” about the threat posed by the regime and will pledge to work with Gulf States to counteract its influence.

It follows a speech by British Foreign Secretary Boris Johnson in which he sought to align British rhetoric more closely with that of the incoming administration of US President-elect Donald Trump.

The Prime Minister will highlight last year’s nuclear deal as having “neutralised” the possibility of Iran’s regime acquiring weapons of mass destruction, but her tougher talk on the Middle Eastern regime will also see her promise to confront anyone causing trouble.

In her speech at the Gulf Co-Operation Council, she was to say: “As we address new threats to our security, so we must also continue to confront state actors whose influence fuels instability in the region.

“So I want to assure you that I am clear-eyed about the threat that Iran poses to the Gulf and the wider Middle East; and the UK is fully committed to our strategic partnership with the Gulf and working with you to counter that threat.”

The Conservative leader will accuse Iran’s regime of undermining stability in Lebanon and Iraq and will highlight how Tehran has sent fighters to Syria to help prop up the Assad regime and provided support to the Houthis in Sanaa amid the conflict in Yemen.

On the nuclear deal, the Prime Minister planned to say: “We secured a deal which has neutralised the possibility of Iran acquiring nuclear weapons for over a decade. It has already seen Iran remove 13,000 centrifuges together with associated infrastructure and eliminate its stock of 20 per cent enriched uranium.

“That was vitally important for regional security. But we must also work together to push back against Iran’s aggressive regional actions, whether in Lebanon, Iraq, Yemen, Syria or in the Gulf itself.”

By Jubin Katiraie Today, there are many analyses, assessments, and...

Reuters: One of Iraq's main Shi'ite political blocs has...