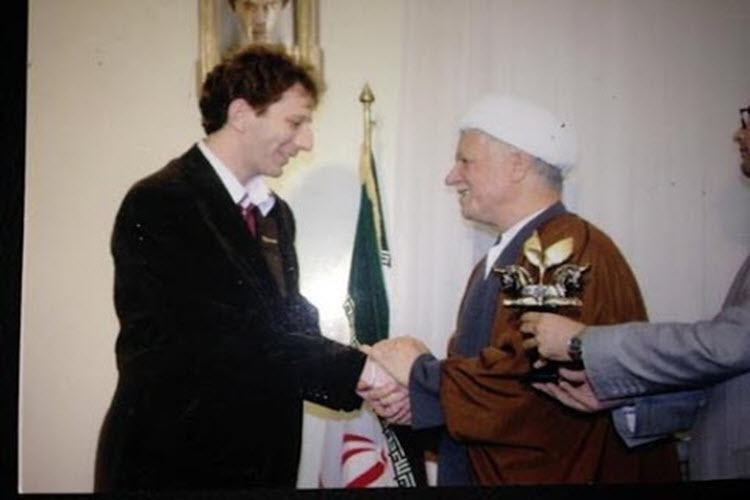 London, 12 Jan – As the Iranian sham elections draw closer, infighting within the Regime intensifies and it is revealed that nearly all of the top Regime officials were involved with the epic embezzlement by Babak Zanjani.

Zanjani, a billionaire who embezzled $3 billion in oil revenue from the government, was sentenced to death for fraud in March 2016 but unlike those who commit far less serious crimes, Zanjani remains alive.

He was found guilty of money laundering and document forgery.

What makes Zanjani so special?

First of all, unlike most of those sentenced to death by the totalitarian Regime, Zanjani has money. So much money that he purchased 138 state-owned factories from the Social Security.

Secondly, his crime was committed through his connections with those in power, including Ali-Akbar Rafsanjani, Mohammad Khatami, Mahmoud Ahmadinejad, and President Hassan Rouhani.

He sold millions of oil barrels (and laundered billions of dollars) by circumventing international sanctions in order to prop up the regime’s bankrupt economy during that presidency of Ahmadinejad.

Rafsanjani and Rouhani are key allies of Zanjani and have demanded specific details of the crime in order to reveal the role played by Khamenei-backed entities in Zanjani heist.

Also, rehashing this issue now will hopefully distract people from the embezzlements committed by Regime officials during Rouhani’s reign and help with his reelection bid.

Rouhani said, “In the case of Babak Zanjani and his colleagues, some $2.7 billion was embezzled which adds up to nearly $3.5 billion with its interest. One wonders how this massive amount of money was given to an individual and where the money is now?”

In response, a spokesman for the Khamenei-backed Guardians Council threatened to disqualify Rouhani’s presidential bid, while a Judiciary Chief focused on the relationship between Rouhani and Zanjani; accusing Rohani of pocketing the stolen money.

All of this infighting distracts people, particularly the foreign media, from focusing on the real issue: the poverty experienced by the Iranian people.

Thirty percent of Iranians go to bed hungry, thousands have been made homeless and hundreds of children go without necessities.
Yet the factions of the Iranian Regime are more content to spend their electoral campaign blaming each other for a crime that they were all complicit in.

The only real way to achieve change in Iran and to meet the people’s need is by supporting the Iranian Resistance in their quest for a democratic secular Iran and putting the Regime leaders on trial for their crimes against humanity.