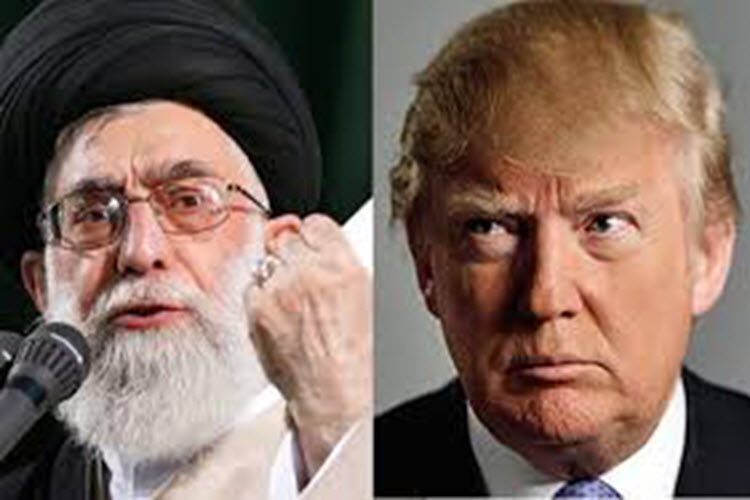 London, 7 Feb – The Iranian Regime has remained suspiciously silent since Donald Trump took office in the USA, according to a noted human rights activist.

Heshmat Alavi, a political activist working to expose the Iranian Regime, wrote an op-ed for Al-Arabiya in which he notes that Iran’s Supreme Leader Ali Khamenei who leads with the mantra, Death to America, has been silent since January 21.

However, Iran has seen fit to test their boundaries by launching ballistic missiles in violation of a UN resolution on two occasions.

The first time, the White House announced that Iran was “on notice” and added 25 more people and companies onto the Iran sanctions list.

Trump’s press secretary refused to rule out military intervention in the region.

The second time, which only happened last Sunday, has not helped the Regime, but their punishments remain to be seen, but US Defence Secretary James Mattis labelled Iran the world’s “biggest state sponsor of terrorism”.

Alavi wrote: “These are all signs of the Iranian regime establishment being caught off guard after trekking into uncharted Trump waters.

With its ballistic missile, Tehran was actually testing the new Trump administration. The mullahs are now highly regretting such a poorly calculated measure.”

Gone are the days of appeasement and, as Trump tweeted, the Iranian Regime should have been grateful for Barack Obama’s kindness. It’s now a case of ‘no more Mr Nice Guy in the Oval Office’.

So how to deal with the Iranian Regime?

Sanctions didn’t work. Appeasement didn’t work. But, what might work has been right there in front of Western governments for the past 38 years. The Iranian Resistance.

The only way to defeat the Regime is to work with the democratic Resistance forces, led by Maryam Rajavi, President-elect of the National Council of Resistance of Iran (NCRI).

The NCRI act as a government-in-exile and they are the West’s best chance to defeat the mullahs and achieve peace in the middle east.

They have already provided the West with information on Iran’s secret nuclear programme, their human rights abuses and their interference in other countries. What more does the West want?

The US and other Western governments must welcome the Iranian Resistance and work with them, not the mullahs.

New York Times: For all its efforts to apply...