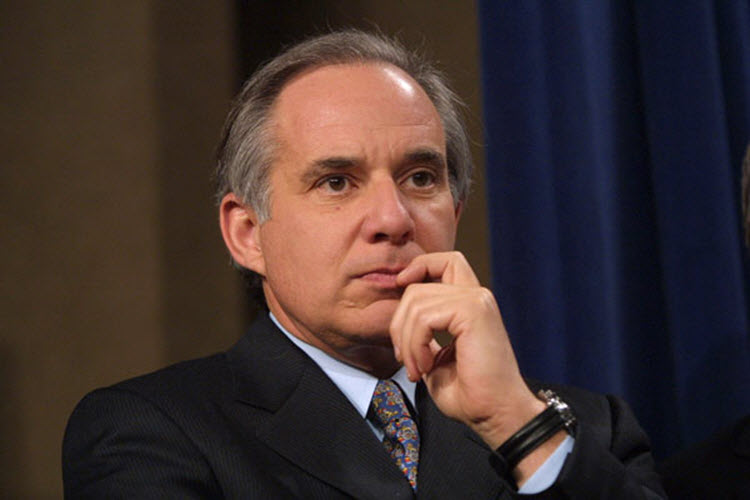 London, 9 Feb – Senator Robert Torricelli wrote a letter to the editors of the Associated Press regarding a story that was written about the Iranian opposition. The story about the People’s Mojahedin Organization of Iran (PMOI/MEK) that it published was biased, inaccurate and misleading.

Torricelli expressed his surprise that such an article even made it to press, saying he had difficulty knowing where to start in his letter: “The February 5, 2017 AP submission by Jon Gambrell is so outrageous and demonstrably false that it’s difficult to know where to begin.”

He then highlighted some of the false accusations written by Gambrell and proceeded to state the facts regarding the MEK’s designation as a terrorist organisation. As the legal representative of the MEK in the State Department hearings he reminded the editors that no evidence was offered (not just in the US, but also in Colombia, the UK, France and elsewhere in the EU) to support any claim that the MEK was a terrorist entity. He reminded the editors that as a reporter Gambrell should have been able to access this information, especially as it is not a secret.

Torricelli then listed the prominent supporters the MEK has, showing that it has cross-party support across the country. He said that the AP reporter “has fallen victim” to the Iranian regime’s PR in the US and said that he has “done a great disservice to some very distinguished Americans united for the single purpose of regime change in Tehran”.

He ended the letter calling for an apology to the MEK, the Associated Press’ readers and those that risked their lives to reveal Iran’s nuclear program to US intelligence.

The full text of Torricelli’s letter is as follows:

To: Editors of the Associated Press

The February 5, 2017 AP submission by Jon Gambrell is so outrageous and demonstrably false that it’s difficult to know where to begin.

Mr Gambrell variously describes the Iranian exile organization, the MEK, as a “cult”, and “terrorist group”, with a “controversial past” that has gone “against American interests”. Specific accusations include “killing Americans” and whose Members “responded by lighting themselves on fire”.

I served as the legal representative of the MEK in the State Department hearings to advise Secretary of State Clinton on the issue of designating the MEK as a terrorist organization. As I’m certain your reporter is aware, the State Department never offered evidence that the MEK ever engaged in terrorist activities, killed any American or worked contrary to American interests. No evidence was similarity offered to the US District Court for the District of Columbia, the Courts of Britain, France or the European Union who similarly either ordered the removal of a terrorist designation or ordered their governments to present evidence.

The integrity of several prominent Americans has been challenged by your reporter. If supporting the MEK in its opposition to the Mullahs religious fascist regime in Tehran is genuinely an ethical breach, it would be more honest to present the entire list of supporters. These would include a majority of the House of Representatives, two former Chairmen of the Joint Chiefs, a Former Director of the FBI, a former Attorney General of the US, a former Assistant to the President for National Security, two former CIA Directors and the Chairmen of the House Foreign Relations and Senate Armed Services Committee.

The Iranian regime has an active public relations presence in our country. It is their right to present information to the national dialogue. Your reporter, however, has fallen victim to it and done a great disservice to some very distinguished Americans united for the single purpose of regime change in Tehran.

An apology to them and your readers is in order. A further apology to the thousands of Members of the MEK who risked their lives to unveil Iran’s secret nuclear program to American intelligence and worked tirelessly to report Iraqi IED locations to American soldiers during the Iraqi occupation is further demanded.