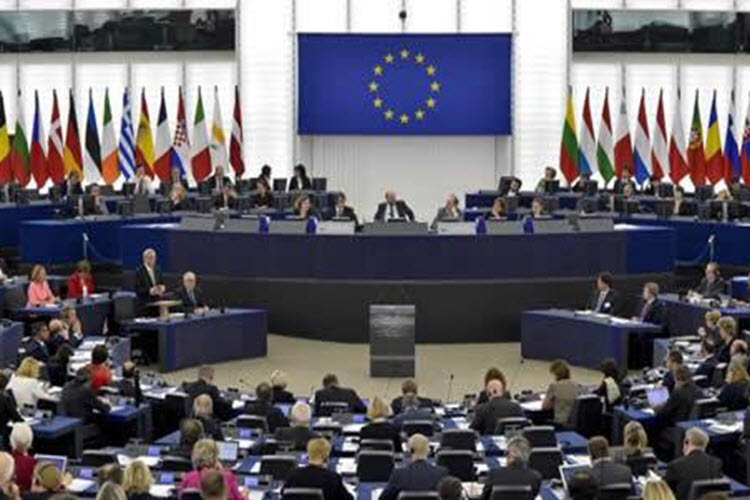 London, 18 Feb – The European Parliament group – Friends of a Free Iran (FOFI) – held a conference on the occasion of the anniversary of the 1979 revolution in Iran. The conference took place on 15th February in Strasbourg and was chaired by MEP Gérard Deprez.

The guest speaker at the event was Mohammad Mohaddessin – renowned writer about Islamic fundamentalism and Iran and the chairman of the National Council of Resistance of Iran’s (NCRI) Foreign Affairs Committee. Mr Mohaddessin was also a political prisoner under the shah’s dictatorship.

He spoke about the current situation in Iran and projected his thoughts regarding democratic change in the country.

There were 17 MEPs from varied backgrounds that spoke at the event. Many spoke about the Iranian regime’s complete disregard of human rights and called on the governments of European countries to stop dealing with Iran until the issue has been rectified and executions have stopped.

The speakers expressed their disappointment that EU governments were placing business interests over the basic human rights of the people of Iran.

Several speakers highlighted the expanding role of the country’s Islamic Revolutionary Guards Corps (IRGC) which is shockingly being allowed to manage a significant portion of the Iranian economy. When EU leaders encourage investment relationships with Iran they are effectively encouraging business to deal with the IRGC as it is involved with a large amount of business and companies in Iran.

Iran’s involvement in Syria was brought up as a major cause for concern. Tehran and the IRGC are playing a large role in the Syrian civil war and have been assisting and leading dictator Assad in the killing of Syrian opposition members.

Iran is also active in Afghanistan, Iraq and other countries in the region. The MEPs want to see the IRGC designated as a terrorist organisation and call for it to be evicted from all the countries it is causing interference in.

The MEPs spoke about the opposition group – the PMOI – and coalition NCRI. They pointed out that their leader, Maryam Rajavi, has a ten-point plan that seeks a democratic and secular Iran and the reintroduction of human rights to Iran, as well as the abolishment of the death penalty.