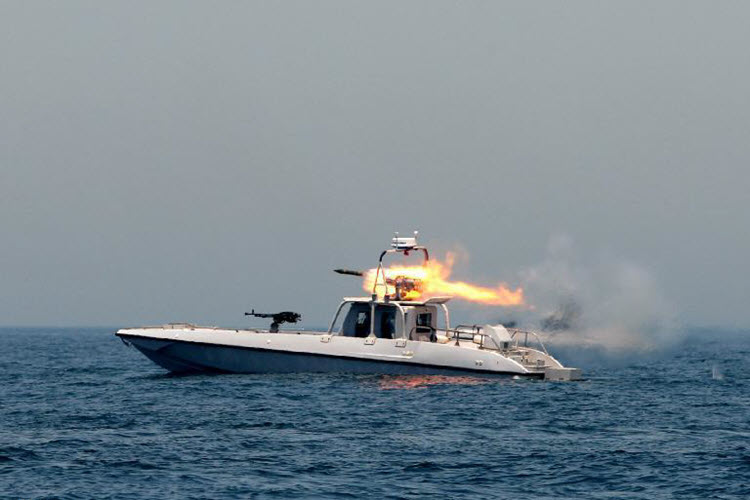 This shows that Iran has failed to moderate its hostile behaviour despite sanctions against it from the US in January.

Something that was underlined in a press conference by the Iranian opposition National Council of Resistance of Iran (NCRI) who revealed that Iran has been transporting weaponry to terrorist proxies in Yemen, and using their ill-gotten gains to fund more terrorism.

They revealed that the IRGC controls 45% of the docks in Iran, which they use to smuggle illicit goods, away from the prying eyes of the international community who might object to Iran supplying arms to terror cells.

Amir Basiri, an Iranian human rights activist, wrote in the Washington Examiner that the Iranian economy is under the control of the terror group, the Revolutionary Guards (IRGC), who are the ones launching ballistic missiles, violating international arms embargos and attempting to obtain weapons of mass destruction.

He said: “These docks have also provided further means for the IRGC to flood Iran’s markets with an enormous volume of usually low-quality, cheap goods without any customs concerns. Such a practice has literally brought many aspects of Iran’s production economy to its knees and fuelled the current financial crisis riddling the country.”

He continued: “The annual income pocketed by the IRGC through illegal imports and exports, from alcoholic drinks and pharmaceuticals to even major oil and gas shipments, hovers around a whopping $12 billion. This is all parallel to the irony that the IRGC also receives a significant bulk of Iran’s annual economy.”

Reuters: Iran's defence minister warned on Tuesday that the...