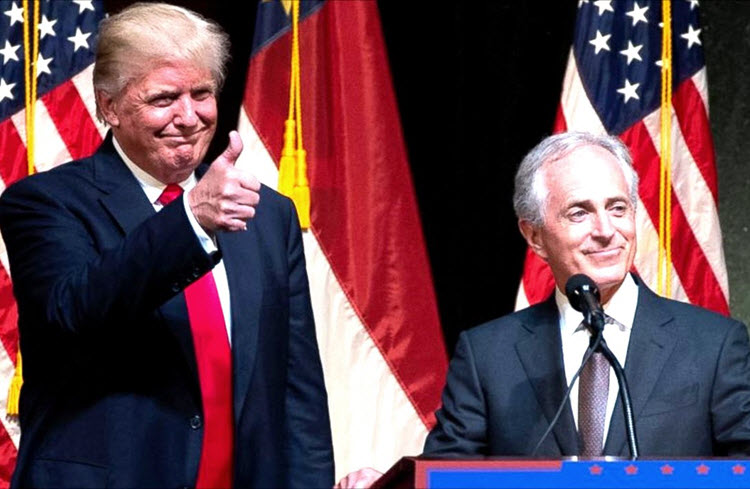 London, 29 Mar – Senator Bob Corker, chairman of the Senate Foreign Relations Committee, said on Tuesday 28th March that Iran has been displaying an alarming increase of threatening behaviour since the signing of the Iran nuclear deal.

He made these comments during a hearing that was dealing with the United States’ policy towards Iran.

The Iran nuclear deal, or the Joint Comprehensive Plan of Action (JCPOA), came into effect in 2015 under the Obama administration.

President Donald Trump, even before his election, strongly criticised the deal and vowed to scrap it. Although the deal is still intact, he is not letting the issue go and has promised to enforce the terms more rigorously.

Trump also criticised President Obama’s treatment of Iran following the nuclear deal, saying that Iran was basically allowed to act as it pleases, safe in the knowledge that the US administration would do nothing except perhaps release a mildly-worded statement criticising certain actions.

Senator Bob Corker said: “One of my criticisms of the JCPOA was that it would become our de-facto Middle East policy and Iran would expand their destabilizing activities. I think we are seeing a lot of that today. Regionally, we’ve seen an escalation in Iranian intervention.”

The Senator was strongly opposed to the deal and urged for it not to be implemented.

Sen. Corker gave many examples of Iran’s dangerous and aggressive behaviour. Notable incidents include Iran’s intense involvement in the Syrian civil war where the Syrian dictator Bashar al-Assad is being propped up by Iran and its large proxy forces, namely the Lebanese Hezbollah. Also, the support given to Houthi rebels in Yemen is fuelling the war. Iran has provided large quantities of weapons, which are increasing in quality and sophistication, to its militias in Yemen. The Houthis have been attacking US Navy vessels and provoking Saudi troops.

In order to thwart Iran’s attempts to become the most dominant nation in the region, Sen. Corker spoke about legislation that was introduced last week. This legislation, which has bipartisan support, was introduced as a comprehensive way to counter the threat emanating from the Islamic Republic.

He said: “Last week, many members of this committee joined together in a bipartisan manner and introduced a bill to begin rebalancing our Iran policy. With a new administration in place, we have an opportunity to develop a comprehensive strategy to deal with both Iran’s regional activities and the longer-term threat of an Iranian nuclear weapon.”

Iran yet to decide who heads OPEC delegation -Fars

Reuters: Iran has yet to decide who will head...