US Military General Warns About the Threat of Iran 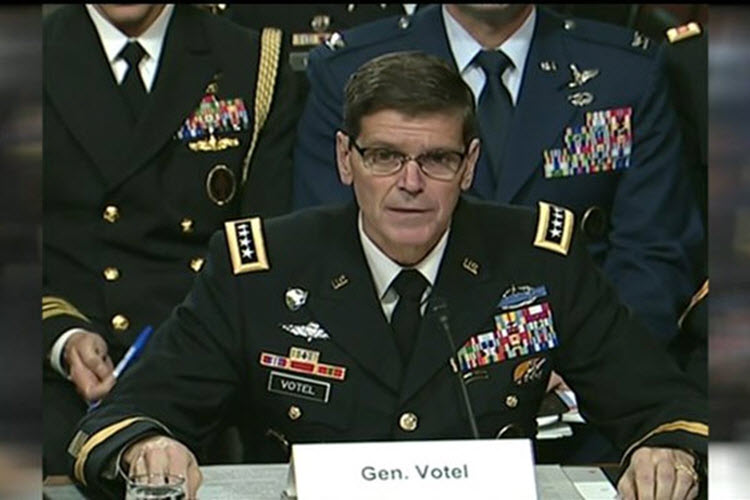 London, 30 Mar – Many experts are warning that Iran is the single-most threatening force in the Middle East and say that it is exporting terror to neighbouring countries. However, it is becoming increasingly destabilising and is becoming more and more of a threat to the United States.

On Wednesday 29th March, one of the United States’ top military officials told the House Armed Services Committee that the threat of Iran must not be underestimated. Commander of the U.S. Central Command, Army Gen. Joseph Votel, said that the actions of Iran are provocative and could be “unsafe”.

He added that the country’s actions have not at all improved since the nuclear deal between Iran and the United States and other world powers was implemented. He said: “I believe that Iran is operating in what I call a gray zone. And it’s an area between normal competition between states—and it’s just short of open conflict.”

Votel said that it is of his opinion that the Islamic Republic of Iran “poses the greatest long-term threat to stability in this part of the world”. He explained that this is due to its use of militia forces, its cyber activities and its “lethal aid facilitation”.

Votel is one of the top military officials in the Middle East and Central Asia, overseeing over 80,000 land, sea and air operations. He has presided over numerous operations to defeat the Taliban in Afghanistan and the Islamic State in Syria and Iraq.

Last year there were numerous occasions in which Iran provoked and harassed navy vessels in the international waters off the coast of Iran. He called such incidences “unsafe” and “unprofessional”, echoing the views of other experts who warn that incidents like this could unintentionally start serious conflict.

Votel noted that the US feels “confident” in its “ability to protect ourselves and to continue to pursue our missions”.