Iran: Will the Newest Presidential Candidate Be up for the Job? 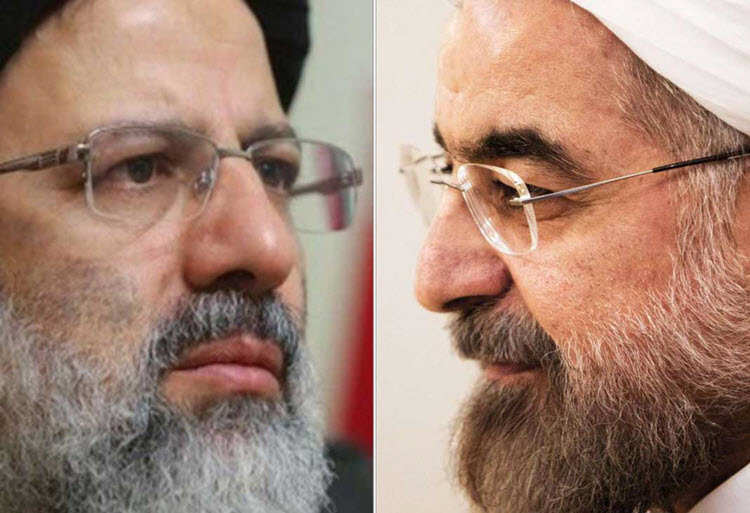 London, 13 Apr – With the Iranian presidential election fast approaching, it is safe to say that this one will be just as much of a sham as the previous ones. Rather than the public voting for its next president, the Islamic Republic chooses candidates, and then just disregards public opinion anyway.

Last week a new candidate was announced – Ebrahim Raisi, a close contact of the country’s Supreme Leader Ayatollah Ali Khamenei. He is rather unknown to the Iranian public so the chance of him becoming the next President is theoretically highly unlikely.

So why has Raisi come into the scene? He has so far had a relatively unremarkable career. For almost forty years he has worked in the government, but has never risen the ranks until now. Well, it seems that his proven capability of persistently and consistently following orders may be the reason. It has even been reported that if he is successful in the election he will be considered as the next supreme leader.

This strategy that the anti-Rouhani camp is pursuing is rather risky. For a start, the first challenge Raisi would face would be the public outcry that comes as a result of his election.

Throughout his career, Raisi has held various different positions almost all of which are linked to the judiciary of Iran. For the past four years he has been at the Special Court of the Clergy where he is the lead prosecutor. Here, punishments are handed out for those who dissent in Iran.

Raisi was thrown into the spotlight last year when the audio recording of Ayatollah Hossein-Ali Montazeri was released. In the clip, Montazeri condemned the members of the “death committee” – one of which was Raisi – for their participation in the mass killings of political dissidents. The event later became known as the 1988 massacre. Tens of thousands of people were murdered.

One would have thought that a participant of one of the bloodiest crimes would have no chance of being President of a country, much less a future supreme leader. Seeing as he will probably not have the public vote, Raisi’s only chance of winning the election is through the power of Khamenei.

In 2009, the Iranian people took to the streets in utter outrage against the much disputed re-election of Mahmoud Ahmadinejad. There is a great chance that something similar will happen if Raisi becomes President and the risk must be clear to the country’s leadership.

Given that he is already being backed, the risk must have been deemed manageable. Or worth it.

Any mistake in misjudging the dissent in Iran is foolish. The people are tired of the corrupt leadership and they will not be afraid to make it known.

IRGC Threatens US Troops If Terrorist Designation Goes Ahead