No Moderates in Iranian Regime 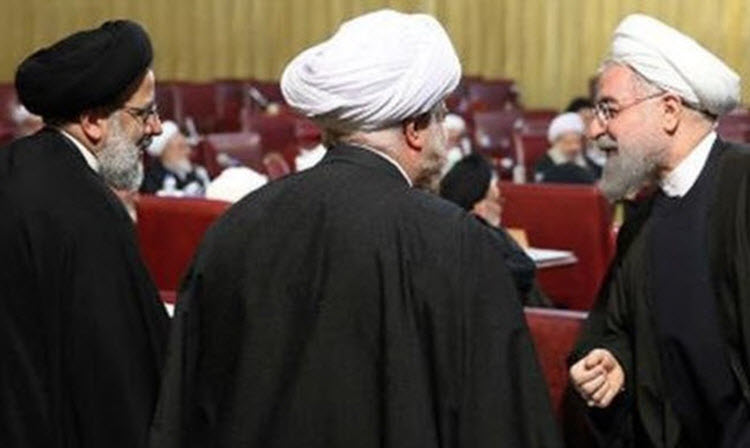 London, 19 Apr – The Iranian sham elections, so-called because the Regime will not allow opposition candidates to run, are fast approaching, which has led to many think pieces in international media on the candidates and a worrying trend has emerged in many; proposing that there is a lesser of two evils within the Regime.

As we have already noted, the Regime does not allow opposition candidates to run, and therefore the only candidates are from the Regime. Given the recent media attention to warring factions within the Regime, it is logical to suspect that they differ politically and that the ‘better’ candidate must be appeased; however, this is not the case.

The factions are not fighting over ending their involvement in foreign nation’s civil conflicts, or ending their nuclear programme for good, or closing their terrorist training camps; they are fighting for money and power.

Mohammad Amin, an expert in Iranian international affairs and a researcher at the Foundation for Studies for the Middle East (FEMO), wrote an op-ed for the Gatestone Institute in which he examined and dispelled the false narrative of good versus evil with the Iranian Regime.

He wrote: “Any distinction between ‘extremists’ and ‘moderates’ in Iran’s political establishment is false. As former U.S. Secretary of State Henry Kissinger famously put it: ‘An Iranian moderate is one who has run out of ammunition’.

This is still true, which means that whatever the results of the upcoming Iranian elections, there will be no shift in Tehran’s human rights violations or core aims of regional hegemony and pursuit of nuclear weapons.”

After all, the “choices” in this election are all terrible in their own right.

Ebrahim Raisi is perhaps best known for his role on the 1988 Death Commission which sent 30,000 political prisoners to their death.

Former President Mahmoud Ahmadinejad inherited a rich Iran (with a GDP in excess of $1 trillion) in 2005, with the two biggest enemies of the country either eliminated (Saddam Hussein) or focused on other enemies (the Taliban), and yet still managed to take the country into recession with millions unemployed.

Current President Hassan Rouhani has presided over the executions of over 3,000 Iranians for minor offences like drug use or political protest, and despite the lifting of sanctions, 70% of his people remain below the poverty line.

So, do not be fooled by the rhetoric of extremists and moderates within the Iranian Regime; there is no faction of the Regime which less murderous or favours less destruction: they are all the same.

The only group, who the international community should be appealing to is the Iranian people and their democratic resistance forces. The Iranian Resistance is unified behind their leader, Maryam Rajavi, who is dedicated to a free and fair Iran, which prioritises human rights and gender equality.

The Times: The former Archbishop of Canterbury has broken...