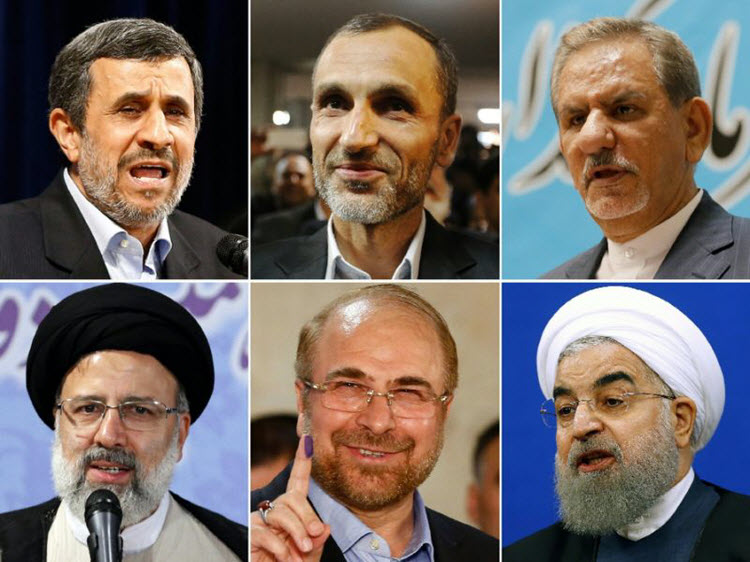 London, 19 Apr – As the Iranian sham elections draw ever closer, the Iranian Regime has become embroiled in a number of crises, which cannot wait until after election day to be fixed.

Heshmat Alavi, a political and human rights activist, has written an op-ed for American Thinker, in which he speculates which issue the Regime is planning to solve during this election time. After all, the Regime has form in this area.

In the 2005 elections, when Supreme Leader Ali Khamenei wanted to spread his influence into Iraq, now that Saddam Hussein had been executed, he chose Mahmoud Ahmadinejad to become president.

In the 2013 elections, when Khamenei needed someone to negotiate the nuclear deal with the P5+1 countries (the US, the UK, France, Germany, China, and Russia), he chose Hassan Rouhani.

There are many crises hitting the Regime now, and Khamenei will eventually decide what one he wants handling and who in the Regime in the best equipped to do so.

Alavi wrote: “Iran needs to solve a major riddle. The regime in its entirety, including all factions, seeks to defend its very existence in the face of an increasingly aggressive onslaught. This phenomenon can be described as a full house of intertwined calamities, defined as major political disorders caused by the regime’s own measures.”

So, what are the crises?

1. Rivalries within the Regime: These are not the political rivalries that you would see in a democracy where politicians are fighting over issues like unemployment or environmental dangers, but struggles for power. Whoever is the next President of Iran, stands a very real chance of being the next Supreme Leader, as Khamenei has been diagnosed with cancer. The next Supreme Leader will, as Khamenei has, benefit from unchecked power and will be able to funnel public money into their own pockets.

2. Uprisings: 2016 was the biggest year for protests in Iran since 2010, and with higher levels of oppression (of women, of ethnic and religious minorities) comes a high level of political resistance. While many members of the opposition group, the People’s Mojahedin Organization of Iran (PMOI/MEK) are now living in exile in Europe, many are still invisible within the Regime and are still working to bring the Regime down.

3. Foreign Policy: Iran is involved in three wars in the Middle East (Syria, Iraq, and Yemen) with no end in sight. It also has to face international sanctions that are not lifted by the 2015 nuclear deal, as well as being prevented from creating nuclear weapons.

4. Economy: The nuclear deal has failed to bring in the promised money, as many businesses and banks are still wary of putting money into a country which is labelled the ‘world’s largest state sponsor of terror’. Regardless, the Regime pours money into foreign war chests and its own pockets leaving 70% of its citizens below the poverty line and 10 million unemployed.

5. Environment: Largely neglected by the Regime, the environmental impact of decades of non-policy have left Iranian citizens paying the price; from water shortages to pollution.

Alavi wrote: “As far as Khamenei is concerned, the best-case scenario would be to have [Ebrahim Raisi, who was on the 1988 Death Commission which sent 30,000 political prisoners to their death] become president. And one step prior to the worst-case scenario is to have [current President Hassan] Rouhani continue on to a second term.”

He continued: “Rouhani and Raisi merely represent two different regime factions quarrelling over their portion of power and plundering the country’s wealth. Their only dispute is over how to maintain this regime in power while overlapping extremely on objectives and general policies…these disputes reflect the high-stakes tensions existing between the ruling regime and the people, [and] should also not be viewed merely through an economic perspective, as they pose substantial political threats for the regime in its entirety.”

By Jubin Katiraie The Iranian medical community and the Iranian people have been...