Is Iran Pushing the Limit on the Nuclear Deal? 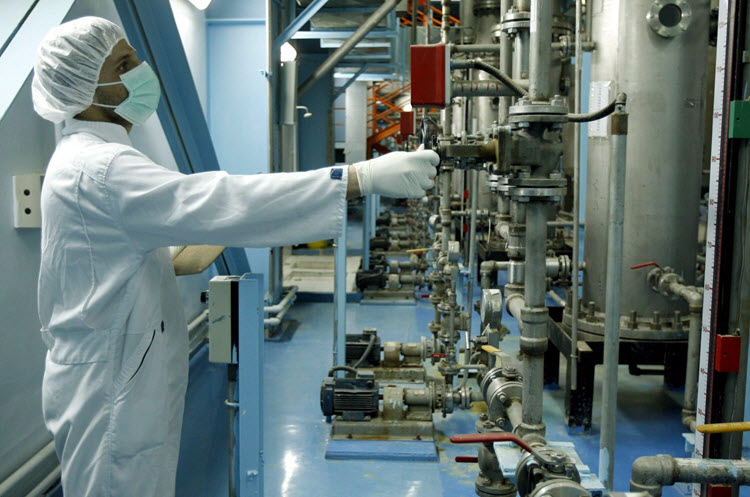 London, 19 Apr – Leading members of the Iranian Regime are bragging in Iranian media that the 2015 nuclear deal- which was supposed to limit Iran’s attempts to create nuclear weapons- has actually helped them to develop advanced centrifuges and increase production of some advanced nuclear missiles.

In the year following the nuclear deal; the West has removed sanctions on the volatile Gulf nation and Iran has still been able to create nuclear missiles, ironically with the money that was previously frozen in bank accounts in the West.

David Albright, the founder of the Institute for Science and International Security, told Jenna Lifhits of The Weekly Standard, that the nature of these activities suggests that the Iranian Regime is looking to develop this technology as part of a nuclear weapons program.

Albright, a top proliferation expert, said: “The program from a civilian point of view is just a colossal waste of money. Unless of course, the ultimate goal is nuclear weapons. Then the amount of money does not matter.”

He said: “Critics [within the Regime] had been too pessimistic about the restrictions … on our nuclear industry. We opted for a shortest possible route, and less costly as well, to secure our nuclear rights in the international community; now we have IR-8 centrifuge machines and they receive an injection of UF6 (a uranium compound used during the enrichment process).”

Albright, who is familiar with nuclear weapons, described the Iranian IR-8 (an advanced centrifuge) as “a creative lemon”, which is likely to fail.

Albright said: “The IR-6 is more promising and one where Iran has pushed the envelope in the restrictions.”

The nuclear deal, otherwise known as the Joint Comprehensive Plan of Action (JCPOA), was supposed to limit Iran’s ability to build and operate IR-6s and IR-8s until 2023-26.

In return, Iran would receive sanctions relief, which would prop up the country’s failing economy, while still being allowed to continue research and development on advanced centrifuges.

Since the deal between the US, the UK, France, Germany, Russia, China, and Iran was signed, the Iranian Regime has continued to taunt the countries that made the deal with them by launching ballistic missiles, carrying more heavy water (a material used in the construction of nuclear bombs) than they are allowed, and being aggressive to foreign ships in the Persian Gulf.

The Sun: Business chiefs were red-faced last night after...