The Myth of Hardliners v Moderates in Iran 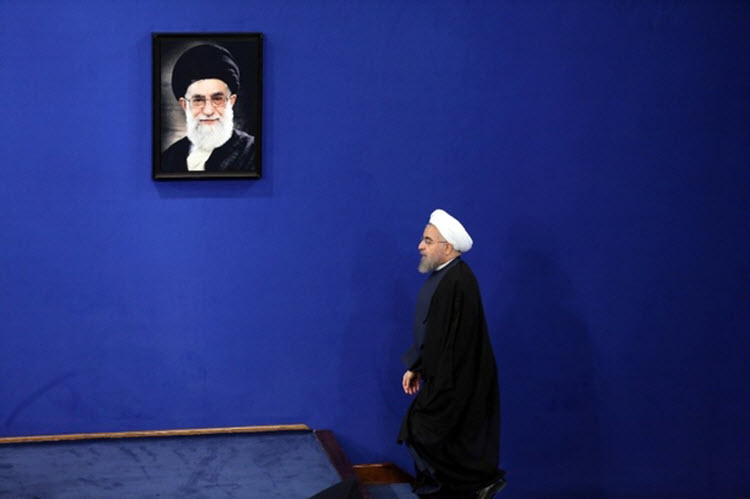 London, 17 May – Some political commentators in the US have been floating the idea that it would be better for the West if Iran ‘elects’ a so-called hard-line candidate in this Friday’s election because Western Governments could no longer deceive themselves about Iran’s true nature.

Reuel Marc Gerecht, an American writer and political analyst focused on the Middle East and a senior fellow at the Foundation for Defence of Democracies, wrote on the Wall Street Journal: “Washington would be far better off if a ‘hard-liner’ won the presidential contest. It would make it more difficult for Congress and the Trump administration to deceive themselves about Iran’s intentions.”

While Elliot Adams, a former American diplomat, lawyer and political scientist, wrote on Politico: “It’s simple. [Ebrahim] Raisi is the true face of the Islamic Republic, while [incumbent President Hassan] Rouhani is a façade. Rouhani has shown himself powerless to effect any change in the regime’s conduct and his only role is to mislead the West into thinking “moderates” are in charge. We are far better off, as we were when Mahmoud Ahmadinejad was president, when there are no illusions about Iran’s regime and the men who lead it.”

However, Daniel Larison, a journalist and columnist, contradicts this notion in an op-ed of his own on The American Conservative, in which he argued that American interests would hardly be served with a more aggressive and temperamental Iran.

He wrote: “[This] is an admission that Iran hawks couldn’t care less what happens to the Iranian people, which should be obvious after they have urged sanctions and/or bombing Iran on a regular basis for a decade and a half. These hawks are eager for Iranians to have an even worse government than they already do.”

However, what Larison fails to recognise is that there are no moderates within the Iranian Regime. As such, the President of Iran, no matter what he promises in the run-up to the elections or his demeanour on Twitter, will never be a moderate as long as the Iranian Regime is in power.

Larison called the speculation of Gerecht and Abrams an “explicit appeal for the victory of the worse candidate”, but he needs to understand that the real power lies with the Supreme Leader Ali Khamenei, and his policies are not likely to change.

Larison does argue that the Trump Administration should not need the election of Raisi to recognise that the Iranian Regime is a repressive dictatorship and while that is true, it is also unlikely that he will change anything in Iran.

Khamenei would force the next president, whoever they were, to act according to his bidding.

The only real way to create positive change for the Iranian people, which Larison writes that he is in favour of, is to support the Iranian Resistance, as many bipartisan politicians in the US and across the world do.

How the Us Is Tackling Iran in Syria